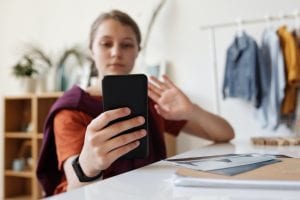 This is the first post in a series of articles in which I will discuss how a child’s preferences about living arrangements may impact custody matters in Las Vegas, Nevada. There is a common misconception that once a child reaches a certain age, the Clark County Family Court will defer to the child’s preference and permit them to refuse visitation with a parent. Fathers, in particular, may feel threatened when their child’s mother mentions this concept in connection with a custody dispute. I have previously discussed “teenage discretion” in cases involving custody arrangements. Given the prevalence of questions about children’s preferences in custody disputes, I felt it was important to review the issue further. The objective of this series is to explain when and how a child’s preference will be considered and how their opinion may impact a custody arrangement. If you need assistance with a custody matter, contact my office to schedule a consultation with a fathers’ rights attorney.

This series will address the following questions:

Las Vegas dads often worry that their children, once reaching a certain age or maturity level, will be given the opportunity to “choose” between their parents in a custody dispute. It is important to understand how a child’s preference may impact one’s custody rights for several reasons. First, generally speaking, the Court will not allow a child to “refuse” to visit one parent or the other. Even if the child’s preferences are heavily factored into the custody arrangements, the Court will not typically revoke a father’s visitation absent other extenuating circumstances. Second, the Court weighs a variety of factors, which may or may not include the child’s wishes, to determine what parental arrangement will be in the child’s best interest. Regardless of their choice, if the other factors outweigh the child’s preference, the Court may disregard the wishes of the child. Third, if a child’s mother asks the Court to defer to their teenager’s discretion, it is possible to challenge such requests. When it is clear that the mother is coaching the child or otherwise attempting to influence the child’s opinion, the Court may disregard the child’s choice entirely. Finally, even when the age and maturity of the child can be established, their preference may be disregarded for several reasons, such as which parent is less strict or would allow the child to “get away” with more.

As with other custody matters, no two cases are exactly alike and the Court’s decisions will be based on the specific facts of each situation. An experienced fathers’ rights lawyer can help review your case and explain your best course of action. If you need assistance, contact my office to speak with a Las Vegas custody lawyer.