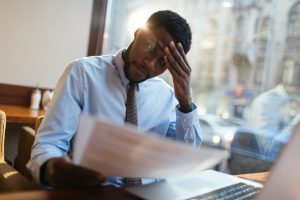 This is the next post in my series explaining the legal options a Las Vegas father may have if his child’s mother has taken out a TPO in bad faith. My last article explained why it is important to abide by the restrictions of a TPO, even if you believe there is no evidence to justify the order. In this post I will explain steps your attorney can take to dissolve a TPO that is baseless.

As I explained in my last article, TPO’s are frequently filed between parents during contentious custody hearings. It is not unheard of for one parent to believe they will gain leverage if they accuse their former partner of abuse or intimidation- even if it is not true. If a father is served with such a TPO then he should immediately file a Motion to Dissolve the Temporary Protective Order. An attorney is not required to file this Motion, but having an attorney to assist you can help ensure that you are making the right arguments and that everything is handled properly. After the Motion is filed, the Court will set a hearing date to hear evidence from both sides on the matter. The hearing will generally be scheduled quickly, though the opposing side will be given at least two days notice. If the opposing side does not wish to continue then they also have the option to withdraw the restraining order and to end the legal proceedings.

At the hearing a father will have an opportunity to present evidence as to why he believes the TPO should be dropped. An attorney may appear on your behalf as well and advocate your case, although having counsel is not required. The opposing side will also have the opportunity to attend the hearing and present their own evidence as to why the TPO is necessary. A Judge will hear both sides of the case and will then have the option to keep the TPO in place for the duration of the current order (usually thirty days) or to immediately dissolve the order.

TPO’s can often be dissolved if they were truly taken out in bad faith. Often the opposing party will not show up to the hearing, or will contact the father, and such conduct will lead to a Judge dissolving the Order. However, if the TPO is upheld, that does not mean that a permanent order will be granted. Permanent orders require more evidence than obtaining a temporary order. If your temporary order was not rescinded, discuss with your attorney the options you have to fight a permanent request, should one be made.

While it is not necessary to have an attorney at your TPO hearing, a lawyer can often be a strong advocate for your case. Prior to going into a hearing, it is strongly encouraged to discuss your situation with counsel. Call my office today to speak with a Las Vegas fathers’ rights attorney.