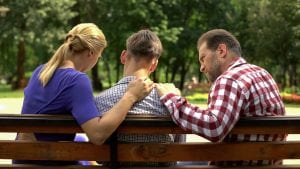 This is the next post in a series of articles discussing how a child’s preferences about living arrangements may impact custody matters in Las Vegas, Nevada. My previous article addressed when the Court will disregard the opinion of a teenager in a custody dispute. Depending upon the age and maturity of the teenager, the Court may defer to their preference regarding visitation so long as the Court agrees that the choice is in the child’s best interest. When there is evidence that the child’s preference does not serve their best interest, a Judge may override their opinion. In this article, I will address challenging a request by a child’s mother for the Court to defer to the preferences of a teenager in a visitation matter. If you need assistance, contact my office to schedule a consultation with a fathers’ rights attorney.

Custody and visitation disputes can be extremely emotional. This is particularly true when a father feels like his child and their mother are trying to strip him of his parental rights. It is not uncommon for older and more mature kids, especially teens, to have an opinion about their living arrangements after their parents separate. Many fathers do not know how to respond when their ex asks the Court to defer to their teenager’s desire to live with their mom or limit their visitation times with dad. It is possible to challenge such requests on a variety of grounds. As stated above, the Judge will review the child’s reasoning and consider whether the choice is in the child’s best interest. If the father can demonstrate, using objective evidence, that the preference does not best serve the child, then the choice will be disregarded by the Court. In some situations, it becomes obvious that the teenager’s mother is improperly influencing or coaching them into the decision. This could take the form of telling lies about their father, guilting the child into choosing her, or bribery. Whatever the motivation, a Court will not look favorably upon such actions and may view them as attempts to interfere with the father’s relationship with the child.

Consider the following example. A mother claims that her daughter wants to live with her on a full-time basis and asks the Court to modify her week on/week off custody arrangement in accordance with her preference. During her interview with the Judge, the daughter indicates that her reasoning is based on being closer to her school, which would allow her to engage in more extracurricular activities and volunteer work. The father presents evidence in the form of social media posts showing pictures of his daughter with a new car. Her comments to her followers state that her mom gave her the car in exchange for choosing to live with her. Based on the obvious bribery, the Court would not likely modify the order as requested. The Judge may even reduce the mother’s custody rights in response.

Custody matters involving teenage discretion can become emotional and complicated. It is important to consult with experienced counsel to evaluate your case and prepare a strong challenge on your behalf. A Las Vegas fathers’ rights lawyer can help you understand how to enforce your rights. If you need assistance, contact my office today to schedule a consultation.