Requesting A Change In Child Custody Due To A Parent’s Use Of Marijuana In Las Vegas, Nevada 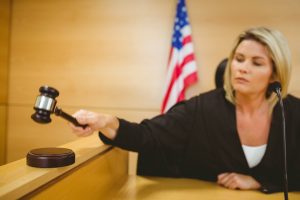 This is the next post in a series of articles discussing how marijuana use may impact child custody rights in Las Vegas, Nevada. My previous post discussed the circumstances under which a Court may consider restricting a parent’s rights as a result of marijuana use. Despite the fact that Nevada, along with a growing number of other states, has legalized the recreational use of pot, it continues to be a potential issue in family law cases. As with other legal substances, such as alcohol or prescription medication, if the use of marijuana affects a parent’s ability to care for their child or the child is in danger as a result of the parent smoking pot, the Court may reduce or revoke one’s access to the child. In this post, I will discuss the process of requesting a change in child custody due to a co-parent’s marijuana use. If you believe that your child’s safety may be at risk, it is important to discuss your options with an attorney as soon as possible. Contact my office today to speak with a fathers’ rights attorney.

To request a change to an existing custody order, a Las Vegas father must be able to demonstrate to the Court that a change of circumstances has occurred such that the current arrangement is no longer in the child’s best interest. Basing a modification request on a co-parent’s use or abuse of marijuana is no exception. If the child’s mother occasionally smoked pot at the time of the original order and her activities have not changed since that time, it may be difficult to justify a request for a modification in her custody rights. Recreational marijuana use by itself is legal and, absent other extenuating circumstances, the Court will likely be reluctant to change custody on those grounds alone. If, however, a co-parent has exhibited signs of significant impairment in the child’s presence or creating a dangerous situation for the child related to marijuana use, the Court may consider making a change. For instance, if the child’s mother is consistently high, has been arrested for driving under the influence of marijuana, or leaves edibles in places that are accessible to small children, a custody modification may be warranted.

The first step in the process is to file a Motion with the Court to modify the existing custody order. The Motion will set forth the basis for the request. The Court will schedule an initial hearing, which normally occurs a few weeks after the request is made. In cases where the child is in imminent danger, an expedited hearing may be requested, which will generally be held after the co-parent is provided with at least one day’s notice. The Motion must adequately describe the nature of the emergency and facts supporting the expedited request. It is important to review your situation with an attorney in advance to understand how the Court may view the specific facts of your case. Judges are always concerned with acting in the best interest of the child. Exaggerated or unwarranted requests, however, are not viewed favorably by the Court. At the initial hearing, the Court will hear a fairly short presentation of the facts by the attorneys for both parties. Depending upon the facts, the Judge may deny the request entirely, decline to change custody until a trial can be held, or issue a temporary custody change pending the outcome of a trial.

Custody modification requests must be supported by objective evidence. Suspicions, rumors, or unfounded accusations will not suffice. It is imperative, therefore, to consult with a lawyer when considering reopening a child custody case. My office has experience representing fathers in such matters and is ready to assist you. Contact us today to speak with an attorney.