When A Las Vegas, Nevada Court Will Change Custody Due To Marijuana Use 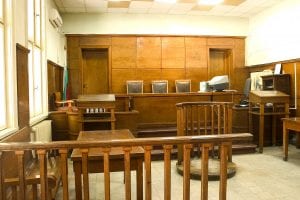 This is the next post in my series discussing modifying child custody based on a parent’s marijuana use in Las Vegas, Nevada. My last article provided an overview of the topics to be discussed throughout this series. It also stressed the importance of retaining the assistance of an experienced attorney to review your case and to provide guidance as to how the Court may evaluate your situation. In this article, I will discuss when the Court may change an existing custody order as a result of a co-parent’s use of marijuana. If you need assistance, contact me today to speak with a fathers’ rights lawyer.

I have previously written about the Clark County Family Court’s likely viewpoint on a mother’s use of “hard drugs” such as heroin, cocaine, or methamphetamines in context of child custody modifications. Because these drugs are illegal and inherently dangerous, the Court will generally view a parent’s use of such substances, particularly in the presence of a child, as adequate grounds to modify an existing custody order. A Judge’s view of marijuana, which is legal in Nevada, may be somewhat different. The Court’s evaluation of custody arrangements is based upon what situation is in the child’s best interest. A Judge will consider a variety of factors in this analysis, including each parent’s ability to care for the child, their physical and emotional well-being, safety, etc. While marijuana use is legal and occasional use may be acceptable, overuse of the substance may interfere with one’s ability to care for a child and may place the child in danger of harm. Under such circumstances, even the legal use of marijuana can be contrary to the child’s best interests.

Consider the following examples. A mother uses recreational marijuana to unwind in the evenings after work. Her use is not excessive and she is not significantly impaired in the presence of her child. She does not operate a vehicle while under the influence of pot. The child is well-cared for, healthy, happy, thriving at school, etc. The Court is not likely to view the fact that mom recreationally uses marijuana as a basis to modify an existing custody order. A Judge would view such conduct in a similar way as a parent drinking wine or alcohol in a responsible manner. On the other hand, if the mother is constantly smoking pot in the house, around the child, showing up high at school functions or to work, has been arrested for driving under the influence, etc., the Court’s view may be different. If the father can demonstrate with objective evidence, such as arrest records, witness depositions, or video footage, that the marijuana use has created a potentially dangerous situation for the child, this may justify a change in custody. These examples are, for illustration purposes, on the extreme ends of the spectrum. How the Court will rule in any case will depend on the specifics of the situation.

My office understands that your child’s safety is of the utmost importance. If you believe your co-parent’s drug use is becoming problematic or putting your child at risk, it is important to contact an attorney as soon as possible. Doing so can help you understand your legal options. I am a Las Vegas fathers’ rights lawyer with experience in such matters. Contact my office today to schedule an initial consultation.