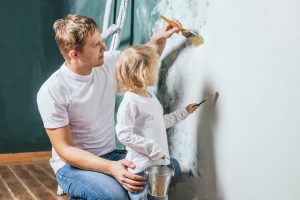 This is the fifth post in my series on when it is appropriate for Las Vegas fathers to contact CPS. My last post discussed what fathers should expect if child abuse or neglect proceedings are initiated against the mother. I provided information on the manner in which a CPS investigation is conducted. I also gave details about how to begin the process of modifying custody after a determination has been made. In this article I will further expound upon that process and explain how these proceedings may impact child custody in general. It is strongly suggested that you discuss your specific situation with an attorney. Contact my office today to speak with a lawyer if you need assistance.

As I stated in the previous article, it is best to have your attorney file a Motion to Change or Modify Custody immediately after the child abuse or neglect proceeding has been initiated. Although this is good practice, it is important to note that the Judge presiding over your Clark County Family Court case will not make a decision on the Motion right away. He or she will place the Motion “on hold” until a determination has been made in the child abuse or neglect proceeding. Once that determination has been made, a hearing can be scheduled on the custody issue. Various factors will affect how the Judge rules on your Motion.

Say you are requesting primary or sole custody of your child. In that case, the Judge would likely require serious evidence in CPS’ investigative report. For instance, a substantiated allegation of sexual abuse or severe neglect that resulted in physical harm may sway a judge in your favor. Conversely, a finding that the mother has engaged in illicit drug use, but has been sober for a few months may stop the Judge from awarding you full custody. If possible, you may also want to provide the Judge with other evidence beyond that contained in the report. Examples of this include:

Much of this information is often compiled during the CPS investigation, but it is helpful to gather as much additional evidence as possible. Remember that a child custody case is not only a stressful experience for the parents, but especially so for the children. If you believe that your child is in danger or their living situation is particularly concerning, contact a lawyer right away to discuss your options. If you require assistance, contact my office today to speak with a Las Vegas fathers’ rights  attorney.