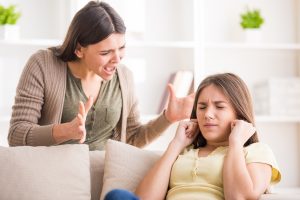 This is the first post in a series of articles discussing a father’s right to seek a modification of an existing custody order due to their co-parent’s use of marijuana. Following the legalization of recreational marijuana use in Nevada, many Las Vegas dads have watched as their co-parent’s use of the legal drug has negatively impacted the care and safety of their child. Because pot is readily available and no longer illegal, many fathers are unsure how to respond in such situations. Similar to drinking alcohol, the fact that a parent smokes pot or otherwise uses marijuana is not always problematic. In some situations, however, abuse of marijuana or a parent’s impairment in the presence of the child may become dangerous. The goal of this series is to provide information about when a parent’s marijuana use may justify a change in child custody. I cannot overemphasize the importance of reviewing your case with an experienced attorney to understand your legal rights. If you need assistance, contact my office today to speak with a lawyer.

This series will address the following topics:

I feel that it is important to address this issue for several reasons. Custody determinations made by the Clark County Family Court are based upon what arrangement is in a child’s best interest. Modifying an existing custody order requires a parent to demonstrate that circumstances have changed since the original order was implemented and that the current order no longer meets that standard. When a parent is no longer able to provide adequate care for a child due to marijuana use or their substance abuse has placed a child in danger, the Court may consider changing custody as a result. It is important to understand how a Judge may view this issue when requesting a change in custody. It is also essential to base such requests on objective evidence. Using discovery tools, such as subpoenas, records requests, and depositions, your attorney can help gather evidence to be used in your case. Custody modification trials can be contentious and complicated. Dads should understand what to expect should their case proceed to a trial. Finally, I will discuss how fathers should defend themselves against claims about their own marijuana use and preserve their parental rights.

My office has extensive experience representing Las Vegas dads in family law matters, including custody modification cases. If you need assistance, contact us today to speak with a fathers’ rights attorney.