Can A Child Refuse Visitation In Las Vegas? Series Recap 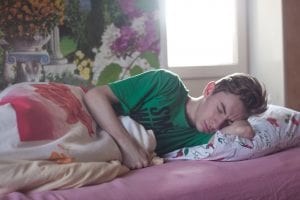 This is the final post in a series of articles discussing how a child’s preferences about living arrangements may impact custody matters in Las Vegas, Nevada. My previous post reviewed the circumstances under which a Court will revoke an arrangement that was approved based on the teenager’s choice. If the child’s preference was based on the undue influence of a parent or an obviously self-serving reason, such as choosing a parent who does not enforce rules, the Court may modify the arrangement despite the teenager’s input. As stated throughout this series, an experienced custody attorney can review your case and advise you about your legal options. The objective of this series has been to provide information about when and how a child’s preference will be considered and how their opinion may impact a custody arrangement. If you need assistance with a custody matter, contact my office to schedule a consultation with a fathers’ rights attorney.

This series addressed the following topics:

Asking for a child’s opinion regarding custody and visitation arrangements can be emotional and intimidating for Las Vegas fathers. It is important to understand how doing so may impact your custody rights. First, absent other extenuating circumstances, the Court will not generally allow a child to refuse to visit their noncustodial parent at any age. Second, when evaluating custody arrangements, the Court considers that which will serve the child’s best interest. The Court may disregard the preferences of the child when the resulting arrangement would not be in their best interest. Third, it is possible to challenge a mother’s request that the Court defer to a teenager’s discretion. If a father can demonstrate that the preferred arrangement would not be best for the child, the Court may disregard the child’s choice entirely. Finally, if a child’s preference is based upon self-serving or immature reasons, such as which parent is more lenient, the Court may revoke the teenager’s discretion in such cases.

Custody issues can be complicated, particularly when older children or teenagers are asked to provide their opinions about the arrangement. Working with an experienced fathers’ rights attorney can help you understand your rights and navigate the legal process. If you need assistance, contact my office to speak with a Las Vegas custody lawyer.