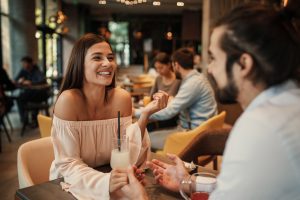 This is the next post in a series of articles discussing the potential financial consequences of dating during a divorce in Las Vegas, Nevada. My previous article addressed an issue of common concern for many of my clients – moving in with a new significant other before their divorce is final. A person is certainly not prohibited from moving in with a girlfriend during the pendency of a divorce. That said, if significant marital assets are used to financially support the new love interest, new residence, or the new lifestyle, the Court may determine that the soon-to-be ex spouse is entitled to recoup a portion of such shared assets through the final division of marital property. It is important to be aware of such risks and handle one’s financial affairs accordingly to avoid any negative outcome in the divorce decree. In this article, I will discuss how one’s decision to date may impact child support or spousal support obligations. If you need assistance, contact my office today to speak with an attorney.

In Nevada, like many other states, child support obligations are largely determined by a formula. The calculation factors in the income sources for both parents, the number of children, and whether the parents share joint custody or one has primary physical custody. Generally speaking, if one parent has primary physical custody, the other parent will likely owe a larger amount of monthly child support than if the parents equally share custody. Dating a new person during a divorce does not directly impact the calculation of support. It may, however, impact the Court’s custody decision under certain circumstances. Child custody is determined based on what arrangement is in the child’s best interest. If one’s ex can demonstrate that it is not in the child’s best interest to be exposed to the new girlfriend, a Court may determine that the father should not share joint custody. To use an extreme example, if a father’s new girlfriend has a violent criminal history, for instance, the Court may award primary custody to the mother rather than joint custody. In the context of child support obligations, the mother would likely be entitled to receive a higher amount of support from the father under such circumstances.

Unlike child support, spousal support awards are not calculated based on a strict formula. The Court will evaluate a variety of factors, including the financial positions of each spouse after the divorce, their respective employment histories, earning potentials, job skills or necessary training, etc. Dating someone new before a divorce is final does not automatically impact the outcome of an alimony request. From a practical standpoint, dating a new person may trigger a spouse to seek spousal support when they otherwise would have let the matter go. Furthermore, if a husband is spending exorbitant amounts of money on their girlfriend, it may be difficult to convince a Judge that paying alimony to their ex-spouse would cause a financial hardship.

Fortunately, it is possible to challenge these assertions in Court. An experienced fathers’ rights lawyer will consult with you through the process to help you avoid these pitfalls and will have the experience needed to handle these matters appropriately during litigation. If you need assistance with a Las Vegas divorce, contact my office today to speak with an attorney.