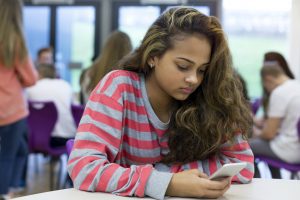 This is the next post in my discussion on how Las Vegas fathers can deal with the issue of “teenage discretion” in child custody cases. My last article provided an overview of topics which this series will be addressing. It also stressed the need to speak with a lawyer if you are going through a custody or visitation dispute. It is important that you contact counsel immediately. The longer you allow the situation to go on, then the more likely the Court is to leave the “status quo” in place. By retaining counsel, you help to ensure that the interests of yourself and your child remain protected. In this article I will discuss another important topic – how a child’s preference impacts such decisions. If you are in need of assistance then contact my office today to speak with a fathers’ rights attorney.

It is not uncommon for parents to think that there is an age at which children automatically get to decide which household they will live in. This is not the case. Under Nevada law, the Court will consider the preferences of the child as just one of several factors to be weighed when deciding how to award custody.The extent, if any, to which the Court will consider a child’s wishes will depend on both the child’s age and maturity. For example, it almost goes without saying that the Court will not be concerned with the wishes of a small child as they would not be of sufficient age to make such a decision. The older a child gets, however, the more weight the Court will give to their preferences. If an older teenager is adamant that they wish to live with one particular parent then the Court will often grant that wish, as long as it is motivated by a mature and intelligent thought process.

The foregoing concepts are best explained through examples. Suppose a sixteen year-old boy wishes to live with his mother because he is on the football team (with the prospect for a collegiate scholarship) at his high school and she is zoned for a school with superior athletic programs. Assuming there are no other glaring issues, the Court may well grant the child’s wish. Now suppose, by contrast, that a sixteen year-old boy wishes to live with one particular parent due to that adult’s lack of rules. Also, suppose that the child has unsavory friends who live in that particular parent’s neighborhood. The desire of a child to run the streets at night, without supervision, would not be seen as an emotionally intelligent choice. As such, the Court would likely disregard the child’s wishes in such a situation. Moreover, the Court may very well view the lack of a structure as a reason to grant custody to the other parent. It is important to remember that how the Clark County Family Court will rule, in any given situation, is always going to depend on the specific facts of a case.

If you are a dad and are concerned about your son or daughter’s preferences in a child custody case, then you have options. The Court can, for example, have a psychologist or counselor interview the child to determine the motivation behind the child’s wishes. Also, the Court will look to other evidence to determine if the child’s wishes are based on an immature or irrational motivation. By retaining an experienced Las Vegas fathers’ rights lawyer, you can help to ensure that both the interests of you and your child remain protected.

I am experienced in the handling of such matters and my office prides itself on providing the highest levels of service. Contact us today to speak with an attorney.