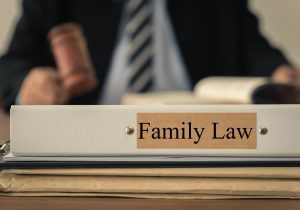 This is the next post in my series on situations in which it is appropriate for a Las Vegas father to contact Child Protective Services. My last article looked at when one should or should not call CPS. It is important to understand that the agency should only be contacted when there is actually an emergency or when the child is in a detrimental situation. If you are unsure as to whether it is appropriate to call CPS then contact my office today to speak with a fathers’ rights lawyer. In this article I will discuss an important topic – the potential consequences of filing an unfounded or false CPS report.

It is not uncommon for parents to file unfounded CPS reports in an effort to gain child custody. Such parents may make claims of abuse, drug use, neglect, etc. It is important to understand that CPS thoroughly investigates any claims and that its agents are well aware of the fact that people sometimes make unfounded allegations. If the agency investigates the matter and finds no actual evidence of abuse or neglect then they will dismiss the claim as being “unsubstantiated.” They will then close their file on the matter and, if child custody proceedings are underway, a Clark County Family Court Judge will be informed that the matter has been unsubstantiated.

If the Family Court Judge finds that a father has made unfounded claims in an effort to get custody then the dad faces potential consequences. Under the Nevada Supreme Court’s Mack-Manley decision a Court may rule that the father’s custody or visitation is to be reduced due to false claims. The Mack-Manley Court dealt with a situation in which a parent made false allegations in an effort to get custody. The Court found that such conduct goes against the concept of trying to ensure that one’s counterpart parent has a quality relationship with the child. Attempting to maintain such a relationship is a factor in child custody determinations and, as such, the Court held that trying to damage a parent’s relationship with the child was a reason to change custody. Under this decision a father who makes a false CPS claim may find that his time with the child is reduced.

If you have questions about your situation then it is best to speak with a lawyer before CPS. If the situation is a true “emergency” and the child is in imminent danger then it is typically best to contact law enforcement as CPS would not immediately respond to such a crisis. As a fathers’ rights attorney I regularly help Las Vegas dads who feel that their child is being abused or neglected. I will use your initial consultation to help you understand your options and to determine the best path going forward. Contact my office today.