The Importance Of Consulting With A Lawyer Before Seeking A Protective Order In Las Vegas, Nevada 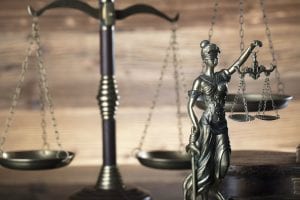 This is the next post in a series of articles discussing situations in which a Las Vegas father must seek a protective order against his child’s mother. My previous post reviewed the types of circumstances under which a court may issue a Temporary Protective Order (TPO). If you feel threatened or believe your child is in danger from the child’s mother, a TPO may be appropriate. Of course, in true emergency situations, law enforcement should be contacted immediately. In this post, I will discuss the importance of contacting an attorney in non-emergency situations before initiating the TPO process. If you need assistance, contact my office to speak to an experienced family lawyer.

As we discussed in the previous post in this series, there are many legitimate reasons why a father may seek a protective order against his child’s mother. When there is a genuine fear of harm, either to the father or child, as a result of the mother’s threatening behavior, harassment or stalking, a TPO may provide protection. Unfortunately, it is not uncommon for people who are in the midst of an emotional custody or divorce battle to overreact or exaggerate behavior that may, under normal circumstances, seem to pose less of a threat. Seeking a TPO when the circumstances may not entirely render one appropriate may backfire against the person seeking it. Doing so could negatively impact ongoing legal proceedings or custody rights. Consulting with an attorney before initiating the TPO process can help determine whether a protective order is appropriate based on the facts and evidence of the threat. The attorney can also explain the potential consequences an Order may have before starting the process. TPOs can be obtained relatively quickly in Las Vegas and are often issued without the requirement of a preliminary hearing or presentation of hard evidence to the court. Therefore, taking the time to discuss your situation with an attorney as soon as possible will not cause any serious delay in the process.

Consider the following example. During a bitter custody battle, a father’s weekend visitation is interrupted by multiple phone calls and text messages from his child’s mother. He becomes so irritated with the interruptions that he refuses her calls and stops responding. She then starts repeatedly calling and texting the father, demanding a response. The situation is not an emergency so he does not call the police. Despite the fact that this was an isolated incident, he is so angry that he files for a protective order the next day against her based on stalking and harassment. Given the expedited and nearly automatic TPO process in Las Vegas, he obtains a thirty-day protective order against the child’s mother. At the end of the time period, when the hearing is ultimately scheduled, the judge does not extend the protective order and determines that the weekend interruptions did not warrant the TPO in the first place. The judge will not look favorably on what may be considered the misuse of the legal process and unnecessary consequences to the mother and child. Dad’s knee-jerk filing may also have a negative impact on the outcome of his custody case. Consulting with an attorney before seeking the TPO may have prevented these problems.

For obvious reasons, it is important to take action to protect yourself and your child when a threat to either of you exists. If you are in immediate danger, contact law enforcement. Otherwise, consult with an attorney as soon as possible to ensure that a TPO is the right option for you. Contact my office today to speak with a Las Vegas attorney.