When A Court Will Issue A TPO Against A Las Vegas, Nevada Mother 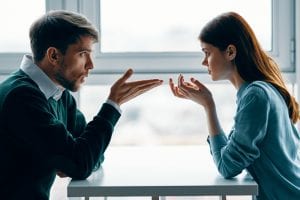 This is the next post in a series of articles discussing situations in which a Las Vegas father must seek a protection order against his child’s mother. My previous post provided an overview of the topics to be addressed throughout this series. This article will review the circumstances under which a Las Vegas judge will issue a temporary restraining order against a child’s mother. For some fathers, it may be difficult to imagine a scenario when this type of action might be required. Unfortunately, however, it is not uncommon for a child’s mother to engage in dangerous, abusive, or threatening behavior, either toward dad or the child, therefore necessitating the TPO. If you feel threatened or believe your child is under threat, contact my office to speak to an attorney.

Courts will grant Temporary Protective Orders (TPO) under a variety of circumstances. The most common reason to grant an order of protection is when there is a credible threat of violence, stalking, or harassment. This means that the individual seeking the order will need to provide the court with some form of evidence that supports their claim. The process starts by someone filing an application for a protective order. The court will often grant a temporary protective order and hold a hearing, sometimes within days, to determine if the TPO should be dissolved or if it should be extended. In determining whether the TPO should be issued, and later extended, the court will consider whether there is a legitimate threat of harm and will objectively consider all evidence in making that determination. Depending upon whether the protective order is issued to protect a father, his child, or both, the process and timing may be slightly different.

Protective Orders offer a great deal of safety assurances to fathers and their children in the Las Vegas area. For example, if a dad is being stalked or threatened by the mother of his child, he may seek protection to the extent her behavior presents a threat of harm. Similarly, if a child is being threatened by the parent, dad may seek a TPO protecting the child from their mother. A TPO can specify, for instance, that the child’s mother must stay a certain distance away from the child’s school as well as other places that can be spelled out in the Order. Such locations may include areas where the child engages in extracurricular activities, homes of the child’s friends, as well as the father’s residence. If a mother violates such a TPO, then she may face arrest and Contempt of Court charges.

When a mother poses a physical threat to her child, this may also be grounds for seeking a change in child custody. For that reason, it is not uncommon for fathers seeking a custody change to concurrently request a TPO. Securing the protective order before the other parent is notified of the request to change custody provides protection against potential abduction or abuse concerns. In this scenario, the protective order may be extended until the Clark County Family Court judge rules on the custody matter.

I am a Las Vegas family law attorney with experience seeking temporary protective orders and child custody issues. If you are unsure whether to seek a TPO, it is important to speak with an attorney to understand your rights and the potential impact a TPO may have. Contact my office today to speak with a lawyer.