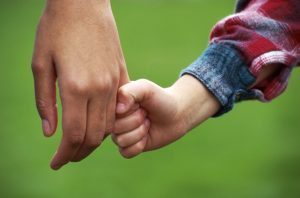 This is the next post in my series discussing how Nevada’s legalization of marijuana will impact child custody and family law issues moving forward. My last post provided a number of guidelines Las Vegas fathers should adhere to if they wish to responsibly use marijuana in their home. In this post I will explain on which grounds the Clark County Family Court may consider revoking child custody due to a father’s marijuana use.

Even though marijuana will become a legal substance to use one should not think that a parent may use it irresponsibly around their children. In the months and years to come a parent’s marijuana use will be viewed in the same way that alcohol and legal prescription pills are viewed. Which is to say that a parent may use these substances, but if children are involved, they must take care to use such substances responsibly.

When the Court is deciding whether or not a child is at risk due to a parent’s use of a substance the Judge will ask two questions 1) has this child been put at risk? 2) has the parent’s judgement been impaired child supervising the child. Examples of a child being put at risk may include a father operating a motor vehicle while high or the child being exposed to marijuana fumes while a father is smoking in the child’s presence. Examples of a father being too high to properly supervise his child may include – a child wandering into the street or placing himself in danger while the father was under the influence, a child neglected in some manner and the father being too high to address the child’s needs, a father being unable to make necessary emergency decisions due to cannabis use, etc.

If a mother goes to Court and claims that a father’s custody should be modified due to marijuana use then it would be the mother’s burden to prove that the father’s marijuana use is a danger to the children. When Nevada’s new marijuana laws take effect, simply proving that the father is in possession of marijuana or has used the substance will not be enough to go to Court. In order for custody to be modified it would be necessary to prove that the father has displayed examples of the dangers listed above. Proof may come by way of a witness observing the father under the influence while behind the wheel with the children, video or photographic evidence, observers in the home, or reporting of the children. With the new law, custody cannot be taken away because the father is using marijuana while the children are not under his supervision (unless the father is under probation, or some other court order).

If you are a Las Vegas father and have questions regarding child custody and marijuana use, do not hesitate to consult with an attorney. Call today to schedule your consultation.