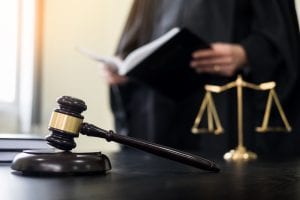 This is the next post in a series of articles discussing how a child’s preferences about living arrangements may impact custody matters in Las Vegas, Nevada. My previous post focused on challenging a mother’s request for the Court to defer to a teenager’s preference in a custody case. When a father can prove to the Court that the choice is not actually in the child’s best interest, the preferences of the child may be disregarded. Other circumstances, such as inappropriate influence by the other parent may also cause the Judge to deny the request. In this post, I will discuss circumstances under which the Court may revoke teenage discretion. If you need assistance, contact my office to speak to a fathers’ rights attorney.

As we have previously discussed, the preference of a child about living with one parent over the other is only one of several factors taken into account by the Clark County Family Court in custody cases. The older and more mature the child, the more influence their preference may have on the final outcome. Choices that appear to be based on well-reasoned and responsible grounds, such as related to better academic opportunities, access to employment, emotional support, etc. may be persuasive. The Judge will ultimately evaluate whether the choice is in the child’s best interest. As in every custody situation, circumstances can change and a modification may become necessary in the future. Once an order reflecting the teenager’s discretion is entered, for instance, it may be possible to revoke the preference if it becomes clear that the new arrangement is not in their best interest.

Suppose, for example, that a child indicates a preference for staying with his mother. If it becomes clear after the fact that his choice was based on her lack of enforcing rules and allowing him to use drugs, smoke, and drink alcohol with his friends, the child’s choice was obviously not in his best interest. Other, less obvious, examples may include a track record of declining grades, reports of bad behavior at school, or signs of emotional distress developing as a result of the new arrangement. These issues may justify a modification of the custody order and the revocation of teenage discretion. Depending upon the perceived harm to a child by deferring to their choice and the evidence available, a Judge may determine that changing the custody arrangement may help correct the situation.

If you believe the Court’s deference to teenage discretion was not in the child’s best interest, it is important to contact a fathers’ rights attorney as soon as possible. I understand that these issues can be emotional and complex. I take pride in working with Las Vegas dads to do what is right for their kids. If you need assistance, contact my office to speak with a lawyer.