Seeking A Custody Modification Due To A Mother’s Drug Use In Las Vegas, Nevada 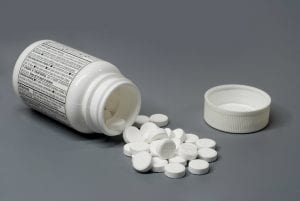 This is the next post in a series of articles discussing how a mother’s drug use can impact child custody proceedings in Las Vegas, Nevada. My previous article focused on custody issues when a mom is using “hard drugs,” such as cocaine, meth, or heroin. Use of these illegal substances is viewed more harshly than a mother’s use of prescription medication or marijuana and can lead to emergency modifications in custody arrangements to protect the child. In this article, I will discuss in more detail the process of seeking a custody modification when a child’s mother is on drugs. If you need assistance, contact my office to speak with a fathers’ rights attorney.

First and foremost, the Clark County Family Court considers the best interest of the child when making decisions regarding custody matters. A parent’s ability to provide adequate care for the child, including providing a safe living environment, is of utmost importance. A mother’s drug use may impact her ability to care for her child and may even place the child in danger of imminent harm. Depending upon the specific circumstances of the case, the Court may modify a custody arrangement and may even do so on an emergency basis. As discussed previously in this series, a Judge will view a mom’s use of legal substances, such as prescription medications or marijuana in a different light than they will view illegal substances such as methamphetamines or cocaine. If she is not engaged in criminal activity and her use of the substance is not impairing her ability to care for her child, the Court will not likely modify an existing custody order on such grounds. On the other hand, misusing prescription meds to the point of impairment in the child’s presence may justify a change. Furthermore, evidence of illegal actions such as hard drug possession or use may warrant an immediate modification.

To begin the process of modifying an existing custody arrangement, your attorney will file a Motion with the Court requesting a hearing. In emergency situations, an immediate hearing will be requested, which normally occurs after the child’s mother is given at least one day’s notice. At the initial hearing, the Court will determine whether the circumstances justify a temporary change in custody pending a more formal future hearing at which time the Judge will make a permanent custody decision. If the hearing has been expedited because the child may be in danger, the Court will order the mother to undergo a drug test and make the results available to the parties quickly. Depending upon the outcome, an emergency change may be ordered and the mother’s visitation may be limited to supervised visits until a permanent decision is made. The Judge may also decline to order even a temporary change if the evidence does not support the father’s claims. It is important, therefore, to present objective evidence in Court to back up your position. Seeking a custody modification based solely on suspicions of drug use may not be enough. Your attorney can help you prepare for the hearing and effectively present your case to the Court.

As a fathers’ rights lawyer, I am committed to helping Las Vegas dads by giving each case the attention and respect that it deserves. If you need assistance with a custody matter, contact my office today to speak with an attorney.