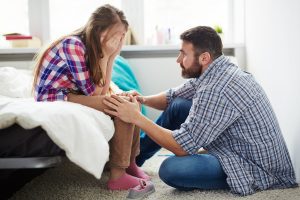 This is the first post in a series which will discuss how fathers may deal with the issue of “teenage discretion” when it is ordered by a Judge. I feel it is necessary to write on this topic because, quite often, both parents are under a misunderstanding as to what role the child’s choice plays in the awarding of custody. Contrary to common beliefs, one’s son or daughter will not get to “pick” who they wish to live with until they are over the age of eighteen or otherwise emancipated. The goal of my coming articles is to provide information which will help people to better understand their options. It is also my goal to provide information which will assist with the selection of an attorney. If you are going through a child custody dispute then contact my office today to speak with a Las Vegas fathers’ rights lawyer.

I will be addressing a number of topics in my coming articles. The issues which I will analyze include:

These are important topics to address for several reasons. First, there is no age at which a minor child can simply “choose” who they will live with. A child’s choice will simply be one factor which the Court considers. The weight given to that choice will also depend on several variables. Second, Courts are willing to grant teenage discretion upon the parties stipulating that it is in the best interest of their child(ren). There are times, depending on the facts and circumstances of the case, that a Court may grant teenage discretion as to how the child splits their time between households. Finally, if a mother is coaching the child into spending time away from the dad, then such coaching may be a basis to modify child custody.

One point I cannot stress enough is that fathers should contact a child custody attorney immediately if they are going through a dispute. Once the Clark County Family Court issues an order, dads may not modify it unless circumstances change. This means that one may be stuck with an order, of which he disapproves, for an indefinite period of time. By protecting your interests today, you ensure that they are protected in the future. Contact my office today to speak with a Las Vegas lawyer.