Defending Against Allegations Of Drug Use In Las Vegas, Nevada Custody Cases 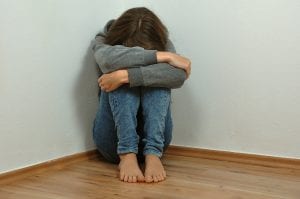 This is the next post in a series of articles discussing how a mother’s drug use may impact child custody cases in Las Vegas, Nevada. My previous post discussed the process of modifying a custody order due to a mother’s drug use. A Court’s willingness to reduce a mother’s parental rights based on drug use will depend upon several factors, including whether she is using “hard” drugs, such as cocaine or heroin, prescription pills, or marijuana. If her actions have placed the child in danger or interfered with her ability to care for the child, the Court may require supervised visitation and ongoing drug testing. In this post, I will discuss defending against accusations of a father’s drug use in the context of a custody dispute. If you need assistance, contact my office today to speak with a fathers’ rights attorney.

Unfortunately, it is not uncommon during custody battles for one parent to make false allegations against the other in an attempt to bolster their case, damage the other party’s reputation, or simply for revenge. In the context of drug use, it is imperative to defend oneself against fabricated or exaggerated charges to preserve one’s parental rights. Once the issue has been raised with the Court, the Judge will likely order a drug test. If the results are negative and there is no other evidence of drug use, such as arrest records, employment disciplinary records, etc., the Court may view the co-parent’s accusation as an attempt to interfere with the father’s relationship with the child. In some cases, egregious false accusations may even result in the reduction of the mother’s parental rights. In cases where the mother exaggerates the impact of drug use, such as claims that a father’s prescription medication prevents him from caring for his child, it is possible to present evidence that he is using the meds as prescribed and is not impaired in the child’s presence.

As previously mentioned, the Court will view a father’s use of illegal drugs, such as methamphetamines or heroin, differently than it will evaluate marijuana or prescription drug use. Hard drugs are illegal and considered inherently dangerous. If a father is accused of using hard drugs and tests positive, he will likely be limited to supervised visitation with status checks and periodic drug testing until the hard drug use stops and the child is no longer in danger. It is not illegal to use marijuana or to take prescription medications in accordance with a doctor’s instructions. A mother who seeks to reduce a father’s parental rights on the basis of using legal drugs must be able to demonstrate that his use in the presence of the child places them in danger. For instance, absent other evidence to the contrary, the Court will not likely view occasional marijuana use by a father as an activity that places a child at risk. If, however, he is constantly and significantly impaired in the presence of the child as a result of marijuana, his rights may be adversely impacted.

It is important to understand how to respond to allegations of drug use by a child’s mother. An experienced attorney can help you understand your legal options. My office represents Las Vegas fathers in such matters and is ready to assist you. Contact us today to speak with a lawyer.