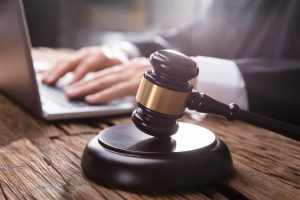 This is the next post in a series of articles discussing a father’s ability to request a change in a custody arrangement due to their co-parent’s misuse of marijuana. My previous post addressed the process for submitting such a request and information about the initial Court hearing. When a father believes that their child may be in an unsafe or unsuitable environment when in the care of their other parent, they must present objective evidence to the Judge to support a request to modify custody. Unsubstantiated claims, rumors, or suspicions will not be enough. In this article, I will discuss how attorneys can assist in gathering such objective evidence through the discovery process. It is important to retain the services of an experienced lawyer who understands how to use the tools available to them to build support for your case. If you need assistance, contact my office today to speak with a fathers’ rights attorney.

Discovery is the process by which attorneys for both parties in a custody dispute gather evidence from the other party and from third party sources. Lawyers have various discovery tools at their disposal. For instance, an attorney can issue Requests for Production to gather documentary evidence, such as police reports, employment records, bank statements, or text messaging records. They can submit Interrogatories, or written questions, to parties and require them to submit written answers in response. They may Depose witnesses, obtaining testimony from them under oath in advance of a trial. They may also compel disclosure of information through Subpoenas. When seeking a modification to an existing custody order due to the other parent’s use of marijuana, the parent seeking the modification must be prepared to support their claim with as much evidence as possible. In light of the fact that marijuana is legal in Nevada and a parent’s use of the drug, standing alone, will not justify a change, the discovery process becomes even more important.

Consider the following example. A father suspects that his child’s mother is increasingly smoking pot around his child and that her actions may be creating a potentially dangerous environment when the child is in her care. His suspicions are based on the lingering smell of pot on the child’s clothes, the mother’s appearance of being high when she drops off and picks up the child, and anecdotal comments made by their friends that she may be engaging in more than the occasional use of the substance. Based on this information alone, which does not constitute objective factual evidence, a Judge is not likely to entertain his request to change custody. Now suppose that through the discovery process he obtains credit card statements that show daily purchases at the dispensary, witness testimony that she is smoking pot multiple times per day, and evidence that she has been arrested for driving under the influence of marijuana. During the deposition of a neighbor, he obtains testimony that the child is often found unattended in the area and has come to their home to play on several occasions wreaking of weed. School reports indicate that the child has been tardy or absent multiple times while visiting her mom. Presenting such information to the Court may be sufficient to justify a custody modification.

As always, how the Court will rule in any given situation is dependent upon the specific facts and circumstances. In all cases, presenting as much objective evidence as possible to support your position is crucial. My office has extensive experience representing fathers in custody modification cases and is ready to assist you. Contact us today to speak with a Las Vegas lawyer.