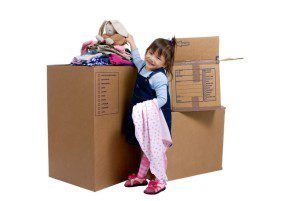 This is the second post in my series on helping Nevada fathers to understand their rights in child relocation cases. In this post I will discuss how the law treats dads in move away cases when no child custody order has been entered by the Court. A recent decision by the Nevada Supreme Court, Druckman v. Ruscitti, has clarified the law on this issue.

Nevada law requires that a parent receive written permission from another parent to move a child out of state if custody has already been established. Prior to Druckman there was a split between Clark County Family Court Judges as to how this law applied. Some judges would say that the “get permission” requirement applied before a custody order had been entered by a court and some judges thought it did not apply until after. This created a situation where the way in which one’s case was handled largely depended on which Judge the case was assigned to. The Nevada Supreme Court’s recent ruling ensures that the law will be seen as uniform.

In Druckman, the Court held that as long as paternity has been established, by the father being on the birth certificate or through an affidavit of paternity, that custody is considered established for relocation purposes. This is due to the fact that, under Nevada law, parents are considered to have equal custody to a child anytime before a custody order is issued. This means that a Las Vegas, Nevada father’s child cannot be relocated outside of Nevada without his consent and, likewise, a father cannot move the child out of state without the mother’s consent. This is true regardless of if a custody order has been entered as long as paternity has been established.

It is important for Nevada fathers to recognize that if paternity has not been established then the mother will be able to relocate the child outside of our state. Nevada law states that the parents will enjoy equal rights to a child once paternity is established, however, until paternity is established the mother will have sole legal and physical custody of the child. If you are a Nevada father, and you are not on the child’s birth certificate and have not signed an affidavit of paternity, then you will need to file a paternity action to establish custodial rights and privileges. Contact my office today if you require the services of a Las Vegas fathers rights attorney.