Filing for Emergency Custody Due to a Mother’s Substance Abuse 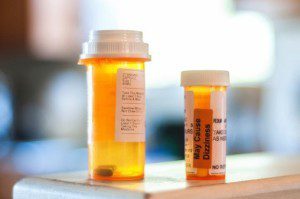 This is the second post in my series discussing when to take legal action if you suspect the mother of your child is displaying dangerous or destructive behavior. My last post provided an overview of topics and briefly touched on when the Court will consider a change in custody. Today I will be discussing when a father should consider taking legal action if the parent of his child is using illegal substances or drinking excessively.

When it comes to substance use and abuse, there are three major scenarios that are possible. First, if a mother is using illegal substances such as cocaine, heroin, or ecstasy, a father should quickly file for an emergency hearing. As these are illegal substances, exposing a child to them in any way would both be a valid reason for a mother to lose custody. It could also potentially open a mother up to criminal charges. The same is true for using prescription drugs without a prescription.

The law becomes murkier when it comes to drinking alcohol or using prescribed drugs while caring for children. It is not illegal to have a glass of wine with dinner while children are in the house. It is also not illegal to have a medical condition or a mental health condition, which requires medication, while being a parent. However, if a person drinks to excess, or if their prescription medication impairs their judgement, then there is cause for concern.Signs that alcohol or prescription medication use are impacting a mother’s ability to care for a child may include passing out while caring for children, an inability to ensure children regularly attend school, an inability to drive to appointments due to impairment, driving while impaired with children in the vehicle, or an inability to make judgements during an emergency situation due to impairment.

If a father believes that his children are in danger due to the mother’s substance abuse, it is vital that both protective and legal action be taken. If your children are in immediate danger, contact the police and Child Protective Services immediately. This will begin an investigation, and the proper parties will begin to gather evidence to support your concerns. While many people do not want to “get the other parent in trouble,” without taking these emergency procedures, a Judge may question how serious the situation truly is if you did not take action. It is also important to contact a Las Vegas family law attorney immediately so that you are properly represented and may file for primary custody. If your children are not being raised in a safe environment, then action must be taken. Contact my office today for a consultation.