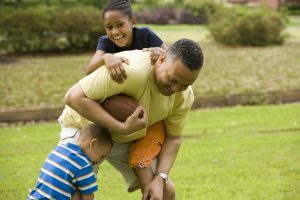 This is the next post in my series discussing the impact which Nevada’s legalization of marijuana will have on custody and Clark County Family Court issues. My last post explained in what situations a father’s child custody could be challenged due to his marijuana use. In this post I will explain why it is not relevant to the family court whether or not one’s marijuana usage is for ‘medical’ purposes.

Some states allow marijuana for medical purposes only. Now that Nevada has legalized marijuana for recreational purposes this distinction will be used less and less. With that said, there are still plenty of people in Nevada who rely on marijuana for medicinal uses such as treating pain, depression, anxiety, and other medical ailments. However, it is important to realize that even if a father uses marijuana for “medical” use only that does not change the way in which a Judge will view his marijuana use.

My last post explained in detail how and when child custody can be modified if a father’s marijuana use places a child in danger or impairs his judgement while supervising a child. If a father uses marijuana for medicinal use that still does not release him from his parental responsibilities during times when he is charged with supervising a child. This means that a father with a legitimate medical condition could lose custody if he abuses marijuana while at the same time watching his children.

When it comes to medical marijuana the Court will view a parent’s use the same way they would a parent with a valid prescription. For example, a parent may have a back injury and their doctor may write them a legal prescription for Oxycontin. However, even though the prescription is legal, it continues to be illegal to operate a motor vehicle while under the influence of the narcotic. Thus, if a parent drives their children while under the influence of Oxycontin, not only are they breaking DUI laws, but they will be additionally charged with child endangerment. To give another example, the same parent with an Oxycontin prescription may take these pills within the privacy of their own home. However, if they are the only adult home, and are so doped up from the drug that they are unable to properly feed and supervise their children, then they may still be guilty of child neglect and endangerment, depending on the scenario.

If one has a medical condition, and uses marijuana to cope with the symptoms, it is important to understand how the Court handles challenges to the custody order due to marijuana abuse allegations. Being able to prove to the Judge that one has a medical condition is not a defense if the mother can prove that the children were endangered by a father’s marijuana use. If a father is a marijuana user it is important to review my guidelines regarding how to responsibly use the substance while protecting one’s custody rights.