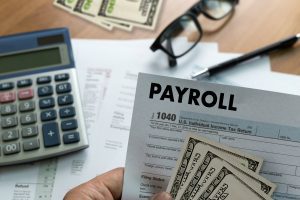 This is the next post in my series on the modification of a Las Vegas, Nevada father’s child support obligations. My last article discussed when a father may request to modify their child support. A parent may request a review of the support obligation every three years or when the paying parent’s income has changed by at least twenty percent. It is important to understand, however, that the calculation of one’s “income” is not necessarily straightforward. In this article I expand on this topic by discussing the effect of being “underemployed.” If you require assistance then contact my office today to speak with a lawyer.

Nevada Courts will generally set child support at a percentage of the paying parent’s income. If the paying parent, however, is choosing to earn less than what they are capable of then the Court may have them pay support as if they were earning a higher wage. Say, for example, that a dad works full time and makes $40,000 per year. Now say that the father, without any necessity or justification for doing so, asks his employer to reduce his hours and his salary drops to $30,000 as a result. If the father asks the Court to lower his support, on the basis of his lowered salary, then the Judge would likely cite his choice to earn less money and require the dad to pay support as if he were earning $40,000 per year. In other words, a parent cannot choose to earn less money as a way of lowering their child support payment.

It is important to understand that a dad will not typically be considered underemployed if the situation is no fault of their own. Suppose a father unwillingly has his hours reduced. Now suppose that this same dad is spending his spare time looking for a better job. Under this scenario the Court would likely find that the dad is making a good faith effort to support his children and would allow the support payment to be reduced to an amount which equates to the father’s current financial situation.

There are a variety of situations in which a Court may, or may not, find that a father is underemployed. A Judge will often look at the efforts that a dad is making to earn more money and the reasons for which the father’s income is currently less than what he is capable of earning. I cannot stress enough the fact that a finding of underemployment will always depend on the specific facts of the case. If you wish to prove that you are not underemployed then it is important that you retain an attorney who is experienced in making such arguments to the Court. Counsel can help you to understand what arguments the Court may be receptive to. As a Las Vegas fathers’ rights lawyer I regularly handle cases involving child support. Contact my office today if you need assistance.