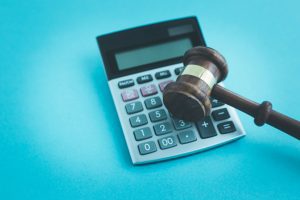 This is the next post in my series on the modification of a Las Vegas, Nevada father’s child support payments. My last article discussed when Courts may find a father to be “underemployed.” It is important to understand that the Clark County Family Court can have a father pay a child support amount, that is disproportionate to his current income, if the Judge finds that the dad is choosing to earn less than what he is actually capable of. Whether a dad will be found to be underemployed will always be situation specific. It is important that you retain an attorney to assist you with such matters. In this article I will discuss instances in which Judges will deviate from the standard child support formula. If you need assistance then contact my office to speak with a lawyer.

Nevada typically sets child support as a percentage of the paying parent’s income. If the parties have one child, for example, then the payor will typically pay 18 percent of their gross monthly income. This amount will increase to 25 percent for two children and it will continue to increase for additional kids. While calculating a support obligation may seem straightforward, there are many instances in which the Court will deviate from these formulas. These deviations can result in a dad paying more or less than he would be required to under the formula.

The Court can require a parent to pay additional child support if the child has special needs which justify an additional amount. Say, for example, that the child has a diagnosed learning disability and requires a specialized tutor which costs $400 per month. Now say that, under the normal calculation, a father’s support payment would be $500 per month. It goes without saying that, after the mother pays the tutor, the remaining amount of support would not cover the dad’s share for clothing and other expenses. Under these circumstances the Court may deviate from the standard formula and require the dad to pay more than $500.

There are also many instances in which the Judge will deviate downward from the standard formula. A common example of this is when the dad is supporting children from another relationship. Say, again, that a dad would pay $500 under the standard formula. If the father is supporting children from another mother then the Court will typically allow a reduction of $50 per additional child. In other words, if a dad has one child in his current relationship then his $500 obligation, for his prior child, could possibly reduced to $450.

Whether or not the Court will deviate from Nevada’s child support formula will always depend on the facts of a given situation. It is strongly suggested that you discuss your current predicament with an attorney so that you may fully understand your options. As a Las Vegas fathers’ rights lawyer I handle such matters. Contact my office today to schedule an initial consultation.