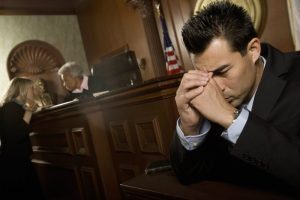 This is the first post in a series in which I will discuss what measures a Las Vegas father can take to protect himself if his child’s mother has filed a false temporary protective order (TPO) against him. I am writing this series because it is unfortunately not uncommon for false domestic violence allegations to be made during contentious custody battles. It is my hope that by writing this series I can encourage fathers to take protective measures to protect their custodial rights and prevent men from acting in a hasty manner that could harm their case.

First, it is important for men to understand that credible evidence is not needed to obtain a temporary protective order. Judges must err on the side of caution when a person’s life could potentially be at risk; if a TPO has been issued against you it is not considered proof that you are guilty of anything. It is simply a reflection that a claim has been made, and precautionary measures have been taken, until the issue can be looked at further. Judges are aware that meritless TPO’s are taken out all of the time. That does not mean that a father should not take these Court Orders seriously; over the course of this series, I will explain steps a father should take.

During the course of this series I will further discuss

If you are a Las Vegas father and your ex has taken a TPO out against you, I can not stress enough the importance of taking the matter seriously. Even if you know you have done nothing wrong, it is important to contact an attorney immediately to discuss the best course of action. Our fathers’ rights legal firm helps fathers protect themselves against false allegations. Call our office and schedule a consultation today.