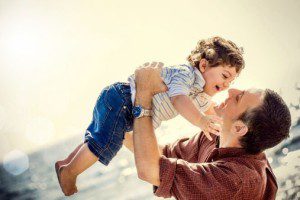 This is the next post in my series discussing common mistakes men in Las Vegas make during a divorce that involves a child custody dispute. In my last post, I discussed why a father must make a formal report to local authorities if he believes the mother of his children is acting in a way that endangers the children. In this post, I will be discussing why a Judge will be skeptical regarding a man’s claim that he should have primary custody of the children, if the wife has historically been the primary caretaker.

The state of Nevada assumes that joint custody is in the best interest of the children. This means that a Nevada family court Judge will always order that each parent share time with the children, 50-50, unless a parent can provide a valid reason why this should not happen. Reasons why a parent might argue that joint custody would not be a practical arrangement might include logistical reasons such as one parent works more than 40 hours a week, or frequently travels for business, and is not available 50% of the time. A second reason might be that one parent wishes to move out of the current city the family lives in, and the two parents will not be able to share custody given one party’s relocation. A third reason would be if one parent displayed irresponsible or dangerous behavior that would not be conducive to raising children.

Fathers who wish to ask for primary custody will have to explain why they believe joint custody is not appropriate. If a father has been the major breadwinner, and the mother has been a stay at home caretaker, it can be very difficult for a father to make these arguments. During the bitterness of a divorce, many fathers will file for full custody arguing that they are a more stable influence on the children than the mother. However, if the mother was the person who primarily dressed the children from school, met with teachers, transported children to appointments, and prepared dinner, the Court will doubt a father’s claim that a mother is not capable of holding custody.

When a divorce is contentious, it is not unusual for the spouse that earns more to wish to avoid paying more than they feel like they should to their ex-partner. Some men believe that if they can win primary custody, they can avoid paying their ex-spouse child support in addition to alimony. Some dad’s fear that their ex-partner will use child support money for their own needs instead of the children’s and believe having primary custody will avoid this problem. However, a Judge will not kindly view a father who uses his children to avoid paying bills to his ex-spouse. Unless a man has a legitimate reason in asking for primary custody, it is always better to accept a joint custody arrangement. Joint custody is almost always in the children’s best interest; if joint custody is a problem because the parents are not able to get along, Judge’s can quickly lose their patience with the situation.

If you are a father wishing to file for primary custody, it is best to think hard about why that is your wish first. Our fathers’ rights attorney will help you review your situation and make recommendations that are best for you. Call today for a consultation.