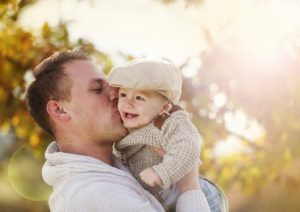 This is the final post in my series discussing the rights fathers in Nevada should be aware of during a Las Vegas child custody case. Throughout this series I have attempted to answer a number of questions I am often asked by fathers regarding what their rights are when it comes to child custody and visitation.

The topics that I have discussed in this series includes:

The major point that I wish fathers to take away from my series is that men and women have equal parenting rights in Nevada. As a joint custody state fathers and mothers are both expected to share in all parenting duties, unless a good reason is presented for why this should not happen. Equal parenting includes shared physical custody, shared legal custody, and contributing to the children’s needs financially. While other states may favor the mother or the parent that has been considered the child’s primary caretaker, Nevada fathers have equal rights whether they were married to the mother of the child in question or not. The only exception to this rule is if a relationship with the father could be seen as a detriment to the child. Common examples of this may be if the father has been convicted of a sexual offense, has been convicted of a sexual offense against one of his children, if the father has a history of physically abusing the children, or if the father’s relationship with the child has been significantly damaged in some other way. However, if a father in good faith, has proven an interest in being an active parent, the Court will support that effort and will always see the father’s presence in a child’s life as a good and necessary thing.

If you are a father living in Las Vegas then it is important to know that the state supports your parental rights. Contact an experienced family law attorney today to learn more.