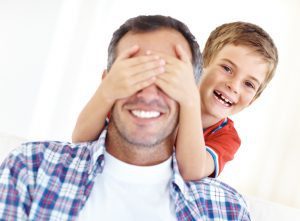 The truth is that, in Nevada, the Court begins with the assumption of joint custody. For one parent to acquire primary custody over the other parent, it must be proven that there is some reason why both parents cannot or should not co-parent the child equally. The state of Nevada firmly believes that children should have a meaningful relationship with both mother and father in most cases. If that is not the arrangement one or both parents wish to have then it is their burden to prove why a different custody arrangement should exist.

In this series, I will be discussing common questions that often come up when it comes to single fathers. Throughout this series I will discuss:

Over the next several posts I hope to answer specific questions and concerns I frequently hear from fathers. Such dads include those who are going through a divorce or who have recently separated from the mother of their child. I also hope to address questions men may have who have recently learned they are a parent to an older child.

If you are a father, and are worried about your parental rights, our office is here to help. Our fathers’ rights lawyer services the greater Las Vegas area.