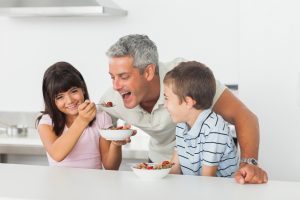 This is the next post in my series discussing what Las Vegas fathers should know about how marijuana use can impact custody following the legalization of cannabis. My last post provided an overview of topics I will be discussing in upcoming weeks. In this post I will be providing guidelines fathers should follow in order to use recreational marijuana without placing their child in harm’s way or jeopardizing custody.

In November 2016, Nevada citizens passed a law legalizing marijuana for recreational use. This law comes with its own set of provisions; it continues to be illegal to smoke marijuana in public or to operate a vehicle or heavy machinery while under the influence. Parents who enjoy custody of their children must be especially mindful of these restrictions; being stoned while driving one’s children, while present at one’s school or daycare, or smoking in public with one’s children would all provide a mother grounds to have custody reduced.

The legalization of marijuana and the use of alcohol are both similar when parents consider what is and is not appropriate around their children. Much as one would not get drunk while supervising one’s children, it is not appropriate to get stoned while actively caring for a child. When it comes to a custody complaint a Judge would view marijuana use in a similar way. If it can be proven that a parent is under the influence in such a way that they are not able to make rational decisions while a child is in their care then a mother may have grounds to have custody revoked. However, if a parent wishes to use marijuana while the child is not in their care, or to use a small amount while a child is asleep, that would likely be found acceptable.

Similar to alcohol, a parent should take precautions to ensure that marijuana in their possession is not in a place a child could accidentally consume it. Parents of children should keep marijuana and all paraphanalia in a locked box, or some other secure location that the child is not aware of. Parents who purchase edibles, in the form of cookies and other treats that would be enticing to children, should take particular care to ensure that such food items are never in a place where a child could consume them.

Finally, parents of children, should take precautions to ensure that their home in which children reside is well ventilated. Whenever possible, parents may wish to smoke outside, or always ensure that a fan is on and a window is open. As marijuana is a drug that, when smoked, can give nonusers a “contact high” it is important to ensure that the home a child lives in does not smell like a drug den.

If a father sticks to these recommendations, and uses the drug responsibly, they should be protected from any allegations a mother may make against them regarding drug use. It is important to remember that, now that marijuana is illegal, simply testing positive for marijuana use is not enough to have child custody revoked. If you are a Las Vegas father with custody concerns, contact our office today.