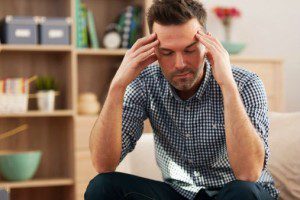 This is the next post in my series on helping Las Vegas fathers understand Nevada child relocation law. My last article dealt with how dads can proceed in relocation cases when there is no custody order. This article is going to deal with what a father can do when the mom has an order for primary custody and wishes to move the child from our state.

The Clark County Family Court will look at several factors in determining whether a mother with established primary child custody should be permitted to move from Nevada. Under Schwartz v. Schwartz the Judge must consider the following:

These factors largely favor the mother in the sense that they mostly look at her situation and the quality of a father’s parenting receives little consideration. This is why it is generally considered easier for one to move if they have primary custody than if the parties have joint custody.

No move-away is automatic even though primary custody cases tend to favor the mother when she has primary custody. If the mom cannot show an actual benefit to the child then her move will likely be denied. So if the mom is not moving for a better job, or something else that provides a measurable benefit, you may be able to defeat the relocation. A mother cannot move away simply because she wants to; she must show a legitimate reason for the move and if she is unable to do so then her request will be denied.

It is not uncommon for mothers to come to court and request a relocation without much of a detailed plan. The less of a plan the mother has then the easier it will be to defeat the relocation with the types of facts I just mentioned.

If you are a Las Vegas father and the mother of your child wishes to move outside of Nevada then do not wait. Contact me today for an initial consultation.