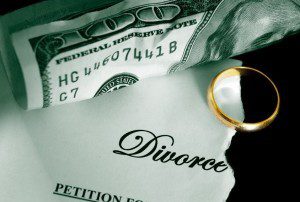 This is the next post in my series discussing what Las Vegas husbands need to know about dating during divorce. My last post explained how one can move a divorce forward if your ex is delaying the process. In this post I will discuss how the divorce settlement can be affected if your soon to be ex-wife intends to remarry shortly after the divorce settlement.

When a soon to be ex-wife is planning to remarry quickly then a husband may wonder if that means their wife must give up portions of the marital property. The short answer is no; no matter what either partner’s future plans involve, marital property must be divided 50-50. As a community property state Nevada keeps it simple. The monetary value of assets that both partners walk away from the marriage with must be equal. Even if one spouse was the primary breadwinner during the marriage the Nevada Courts will consider all property that was purchased during the marriage to be community property- even if it is only in one partner’s name. This means that even if one partner “paid” for the marital home or vehicles, or if money, stocks, or other assets came from one spouse’s salary, it is considered part of the “community.” A spouse’s remarriage will have no bearing on the division of property and assets.

However, there is room in every divorce for negotiation as to how assets will be divided. For example, if your ex-wife is planning to move to a new home following the divorce, and you do not need all of the space included in the marital home, then it often makes sense to sell the property and split the proceeds. Or if the ex-wife wishes to keep the majority of the marital furniture the husband may request a lump sum payment equal to the monetary value of half of the furnishings. While neither parties’ plans following the marital dissolution prevents them from making a claim to marital assets, future plans can often be used as a guide to find a way to distribute assets in a way that makes sense for both persons.

In Nevada, spousal support is meant to help a spouse who has been out of the workforce rehabilitate their job skills and get back on their feet. Alimony is not a reward for a “wronged” spouse, or given for reasons such as infidelity. For this reason, if one’s soon to be ex-wife is currently living with a boyfriend then there is less financial need and it is less likely that a Judge would award spousal support. The reason being is that, if one will be supported by another or is part of a new household, then one is not in need of financial assistance. In some instances a spouse may delay marriage plans until their spousal support has run out, knowing that they will no longer be entitled to alimony once they remarry. If you believe your ex is attempting to win spousal support, despite living or having plans to live with a new partner, then it is important to discuss this with your attorney. The information may be relevant, and a Judge may choose to decline an award of spousal support for this reason, however, once the divorce is finalized, alimony will not be ceased until the ordered amount of time has run out, or your ex officially remarries.

If you are going through a divorce and your ex is planning to remarry quickly then it is important to discuss all concerns with a Las Vegas family law attorney. Contact our office today to set up a consultation.