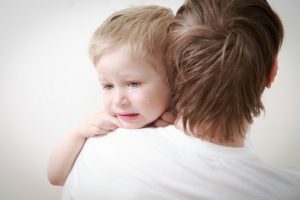 This is the next post in my series discussing fathers’ rights issues that frequently arise in Las Vegas child custody and visitation cases. My last post discussed the parental rights a father has who has never been legally married to the mother of his child. In this post I will be discussing the rights and choices a man has when he discovers, through paternity testing, that he is the biological father of a child.

It is unfortunate that a man could have a child in the world and not be informed of this fact right away. Unfortunately, it is not that uncommon of a story. There are many reasons why a woman might not tell a man that he has fathered her child right away; perhaps she was in a different relationship, was afraid the man would pressure her into having an abortion, or she thought she could raise the child on her own. In any case, once the child has reached a certain age, many women either wish for their child to know who their father is, or, realize they need financial assistance and decide to file for child support. This can be understandably upsetting for a man who 1) has suddenly found out he has a child, and 2) is unexpectedly being sued for money.

With regards to child support, once paternity is established, child support will be mandatory. Whether the father chooses to have a relationship with the child or not, he will be held financially responsible. However, men put into this position have a bigger choice to make- whether or not they wish to get to know the child. Biological fathers have equal parental rights in Nevada. If the man does not have an existing relationship with the child, he may ask the Court to assist with a “reunification” plan to help him build a parental bond. While the Court is unlikely to grant any type of custody right away if the man is a stranger to the child, a visitation plan can be put into place. Over time, if the relationship between the man and child grows, 50-50 custody will be possible, if that is the father’s ultimate goal.

Biological fathers have legal custody rights with regards to children

There is another facet of parental rights that goes beyond visitation and custody, and that is legal custody. Legal custody means that a parents has decision making abilities when it comes to a child’s medical and educational needs. Once a father is determined to be a biological parent, he will also have the ability to ask for legal custody. If a man wishes to have equal physical custody rights, then the first step will be for him to become involved in the child’s medical and educational needs. Joint legal custody is fairly standard and it is very unlikely that a biological father will be denied joint legal custody unless there is something in his background that would raise a red flag for the Courts. Reasons a man would not be granted joint legal custody might include a criminal history of sexual abuse, or significant evidence of instability. However, if a man is stable and dedicated to becoming a part of his child’s life, joint legal custody will be the first step in building a parental relationship.

If you have recently learned through paternity testing that you are a father, you have a number of choices to make. Contact our office today to learn more about your legal options.