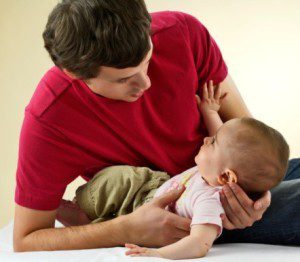 This is the next post in my series discussing common mistakes men in Las Vegas make during divorces which involve child custody. My last article explained why moving out of the family home following a separation can harm a father’s child custody bid. In this post I will explain why a father will have a hard time making an argument that his former spouse is a danger to the children if he has not taken formal steps to stop the behavior.

It is common for one spouse to disagree with how the other spouse is choosing to live following the separation of a couple. When a father notices that his former spouse is “partying” a lot by going out, drinking, and dating, he may feel that is not acceptable behavior for his children to be around. A father must determine if the behavior is actually harmful, or if it simply bothers him on a personal level, before making claims in the Clark County Family Court. If the mother is going out with friends and on dates, but is leaving the children with a trustworthy babysitter, then the father likely does not have a legitimate argument to make in Court. Furthermore, if the mother is fulfilling all parental duties while the children are in her custody- for example, the children are appropriately bathed, are taken to school on time, and she is sober and present while the children are in her care- the father is likely making too much out of his concerns.

However, if the mother is drinking heavily or using drugs while the children is in her care, leaving her children alone with persons she does not know well, or leaving children unsupervised while she goes out at night, then a father’s concerns are likely justified. A mother’s behavior becomes neglectful or dangerous when the mother is impaired and unable to supervise and care for the children effectively. If this behavior is the case then a Las Vegas father must take immediate action to protect his children.

If a father wishes to make an argument in the Clark County Family Court that he should have custody due to the mother being unfit then the Court will expect the father to have taken formal measures to report the behavior. If a father believes his children are being neglected, are in danger, or are being abused, he must make a formal report with both law enforcement and with Child Protective Services. These agencies will launch a formal investigation, and will look for evidence of a problem. Filing a report will also provide a record that the father has raised concern over the mother’s behavior in the past. Claiming in Court that the mother acts inappropriately without taking other legal measures, may signal to a Judge that the father is petty, jealous, or attempting to paint the mother in a poor light unjustly. On the other hand, reports should only be made if there is an actual safety concern, and a father could be penalized harshly if he makes a frivolous report to CPS.

If you are concerned about the safety of your children, do not wait to take action. Contact my office today to speak with a Las Vegas fathers’ rights attorney.