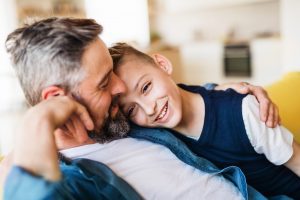 This is the next post in my series on how the use of marijuana can impact a Las Vegas father’s child custody rights. My last article discussed what dads should expect from the trial process in matters where a mother excessively using pot. It is important to understand that, while the use of the drug may be important to the Court, it is unlikely to be the sole factor on which the Judge will base their final decision. The Court’s decision will be based on an overall analysis of what is in the child’s best interests. It is strongly suggested that you discuss your situation with an attorney to gain an understanding of how a Court may view your matter. In this article I will discuss the issue of how a father can defend against claims of excessive marijuana use on his part. Contact me today to speak with a lawyer if you or a loved one are in need of assistance.

I have stressed throughout this series that a Clark County Family Court Judge’s concern will always be for the best interests of the child. The Court will look at a variety of factors when determining what is in a child’s best interests. These factors include the ability of each parent to meet the child’s needs, the nature of the relationship each parent enjoys with the child, the willingness of each parent to foster a relationship between their counterpart and the child, etc. The mere fact that a father is using a legal drug will not, in and of itself, justify a change of child custody in favor of the mother. This point is best explained by way of example.

Suppose a Las Vegas father lightly uses marijuana from time to time, but it does not impair his ability to parent. The child is continuing to do well in school, the father is never impaired when he transports the child, and the child is showing no behavioral problems. The Court would likely view this scenario as being similar to the father having a glass of wine, at home, at the end of the day and there would be little reason to modify custody. If, on the other hand, the child was clearly regularly unsupervised due to a dad’s regular impairment, the Court would become more likely to take action. How the Court will rule in any situation will always depend on the specific facts of the case and it is important to discuss one’s situation with an attorney.

There are several ways in which a father can present a case which shows that marijuana is not impairing his ability to parent. If a dad has primary custody of his son or daughter then he can present evidence, in the form of report cards, showing that the child is attending school without issue and is getting good grades. If the child has formed bonds and friendships in his or her neighborhood then evidence of that may be presented in order to show that it should not be disrupted. Also, evidence may be presented showing the child’s involvement in extracurricular activities, that they are staying out of trouble, etc. An experienced lawyer will be able to assist a dad in formulating a case to present to the judge.

I am a Las Vegas fathers’ rights lawyer who is experienced in handling trials in the Clark County Family Court. I take pride in the level of service I provide to my clients. This includes quickly responding to inquiries and taking steps to ensure that one knows what to expect from the process as the matter moves forward. If you are in need of assistance, then contact me today to schedule an initial consultation.