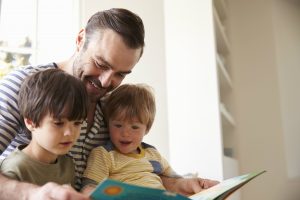 This is the first post in a series discussing issues which arise for Las Vegas, Nevada fathers who wish to make a case for primary child custody. I am writing on this topic due to the fact that many dads wish to have primary custody of their child, but often do not know where to begin. It is important to understand the types of evidence which the Court will consider in such cases and how to go about litigating such a case. The goal of my coming articles is to provide information which will help dads to more fully understand their options. It is also my goal to provide information which will assist with the selection of an attorney. If you require assistance then contact my office today to speak with a lawyer.

I will be addressing a number of topics over my coming articles. Issues which I will discuss include:

There are several reasons why I am addressing these issues. First, it is important to understand that the Court will typically only consider evidence that is objectively verifiable. For example, if the father claims that the mother is an alcoholic then the Judge is unlikely to believe the claim without objective proof – such as a DUI arrest. Second, the discovery process is how such evidence is obtained. Third, while a father may win primary custody, some orders may be “longer lasting” than others. If, for example, a dad was awarded primary custody due to a mother’s drug use, then the mother may be able to win back more time with the child after she demonstrates that she has been clean for a long period. If, however, custody is awarded for permanent reasons then the new order will likely stay in place. Finally, if a father does not properly conduct himself after the proceedings then he is likely to go back to Court.

If you are involved in a child custody dispute then it is important that you contact an attorney immediately. While the facts of your situation may seem straightforward, the truth of the matter is that there are many nuances to family law. Having experienced counsel can greatly impact the outcome of your case. As a Las Vegas fathers’ rights lawyer, I devote my practice to the handling of domestic relations law. Contact my office today.