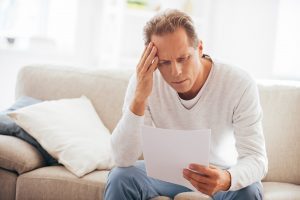 This is the final post in my series discussing steps which a Las Vegas father should take if the mother of his child has filed a malicious TPO. I began this series because, unfortunately, false TPO’s are sometimes filed when bad blood exists between parents or when there is an ongoing custody dispute. While Judge’s understand that there are two sides to every story, and that TPO requests cannot be always taken at face value, it is important to treat any such case as a serious matter. I wrote this series to urge dads who find themselves in this predicament to take the steps necessary to protect themselves from false allegations and potential criminal charges.

During this series I discussed:

During this series I have stressed a number of points. First, do not ignore a Protective Order because you know that the information it is based on is false. A TPO is a Court Order and coming into contact with your ex while one is in place is grounds for a criminal charge. Second, I have stressed the importance of documentation in the event that your ex is volatile and prone to false allegations. Keep a record of all interactions, have witnesses on hand, and avoid as much personal drama as possible when dealing with an ex. Finally, keep perspective on what is in the best interest of your child. It creates a hostile parenting relationship when an ex files a false TPO against the father. During the process of fighting a TPO and beyond, a father will have to constantly reevaluate the relationship with the mother in order to gauge what is in the best interest of his child. If necessary have ongoing discussions with your attorney about your concerns and work to come up with a plan that both protects yourself and your child and fosters a relationship with the child and her mother.

If you have been served with a TPO do not handle the matter yourself. Contact my office to speak with a Las Vegas fathers’ rights attorney.