What Men Need to Know About Dating During Divorce 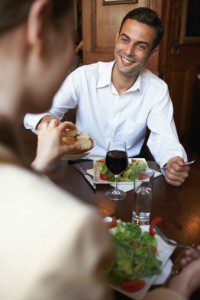 This is the first post in my new series discussing what men in Las Vegas need to know about dating during a divorce. I have begun this series because many men often wish to move on with their lives and step back into the dating pool following a marital separation. However, many are either concerned with how dating will affect their divorce, are unaware of unforeseen consequences that dating may take on their legal proceedings, or may even have concerns or questions about their ex-spouse dating.

It is common for spouses to begin dating other people once a decision has been made to separate. However, until your divorce settlement is finalized there may be areas into which you may wish to proceed with caution. During this series I will be discussing a number of specific topics including:

Nothing adds fuel to the fire during a divorce as does one spouse entering a new relationship. While these highly emotional situations may feel dramatic and complicated, in the eyes of the law they are often relatively straightforward and simple. It is my intention with this series to answer common questions that I often encounter.

If you are a Las Vegas father and are currently going through a divorce then you need an attorney who fights for the rights of dads. Contact our Nevada family law firm today for a consultation.