How A Mother’s Drug Use May Impact Child Custody Cases In Las Vegas, Nevada – Series Recap 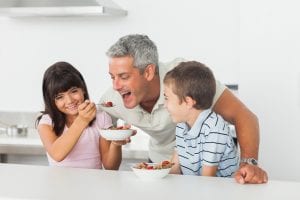 This is the final post in a series of articles discussing how a mother’s drug use may impact child custody cases in Las Vegas, Nevada. My previous article addressed defending against accusations of a father’s drug use by the child’s mother. Working with an experienced attorney can help ensure that your interests are protected in such situations. The goal of this series has been to provide information to fathers about how the Court may view a mother’s drug use and the ability to seek a modification of an existing custody order if your child’s safety is at risk as a result of such behavior. It is important to retain an attorney experienced in such matters as soon as possible if you have such concerns. Contact my office to speak with a child custody lawyer today.

This series focused on the following key subjects:

When a co-parent’s drug use is impacting your child, these issues are important for several reasons. First, the Court will always be concerned with what parenting arrangement is in a child’s best interest. A mother’s drug addiction or abuse, for obvious reasons, could place the child in a dangerous situation and will be taken seriously by the Court. Second, even if a mother is using legal drugs, such as pot or prescription medication, her abuse of such substances could impact her ability to care for a child. Under such circumstances, a Judge may determine that her access to the child should be reduced or supervised. Third, a parent’s use of “hard” drugs is often grounds for modifying a custody due to the inherent dangers to which the child may be exposed. Fourth, when drug addiction or abuse is a concern, it is important to understand the process of seeking a custody modification. Finally, if you have been accused of using drugs by your child’s mother, it is imperative to defend against such allegations to preserve your parental rights.

Nothing is more important than your child’s safety. My office has experience working with Las Vegas fathers in response to drug use issues. If you need assistance, contact my office to speak with a fathers’ rights lawyer.