How A Mother’s Drug Use May Impact Child Custody Cases In Las Vegas, Nevada – Series Overview 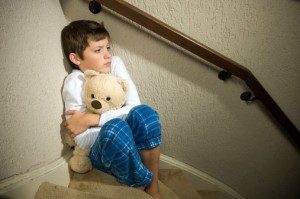 This is the first post in a series of articles in which I will discuss how a mother’s drug use may impact child custody cases in Las Vegas, Nevada. Nothing is more important than your child’s safety. When you suspect your child may be in danger due to their mother’s use of drugs, you may not know what actions you should take to address the situation. The goal of this series is to provide information to fathers about the impact of drug abuse in child custody cases and how the Court may view such matters when evaluating what is best for a child. If you are concerned about your child being exposed to their mother’s drug problem, prompt legal action may be necessary. Contact my office to speak with an experienced child custody attorney today.

This series will address the following key subjects:

I felt it was important to discuss these topics for several reasons. First, a parent whose ability to care for their child is limited due to drug addiction or abuse may lose some or all of their parental rights as a result. Exposing children to such behavior is, for obvious reasons, not in their best interest and will be taken seriously by the Court. Second, a mother’s use of legal drugs, such as marijuana or prescription medication, may be acceptable so long as she is not impaired as a result. In cases where a child is being neglected or otherwise in danger as a result of a mother’s use of such substances, the Court may intervene. Third, when a parent is using illegal “hard” drugs, the Court will very likely modify custody, even if temporarily, to protect the child. Fourth, in certain situations, it is possible to ask the Court to change an existing custody agreement in response to a parent’s drug use. Depending upon the circumstances, the Court may do so on an emergency basis. Finally, given the potential impact of drug usage in custody cases, it is not uncommon for one parent to make such claims about the other. It is important to defend oneself against such claims, particularly if they are false or exaggerated.

I understand that protecting your child is of the utmost importance. I take pride in working with Las Vegas dads to do what is right for their kids, including acting quickly in response to drug use issues. If you need assistance, contact my office to speak with a fathers’ rights lawyer.