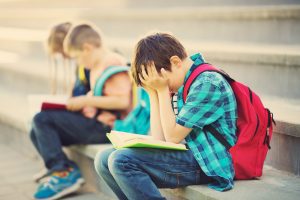 This is the next post in a series of articles on how a mother’s drug use can impact child custody proceedings in Las Vegas, Nevada. My last article discussed how the Court may view a mom’s use of prescription medications or marijuana in such cases. Because the Court’s concern in custody cases is protecting the child’s best interests, a Judge will review the facts to determine if the use of such drugs is impacting her ability to care for the child or endangering the child in some way. If she is engaged in illegal activity to obtain the substances or abusing the drugs in a way that leaves her impaired while the child is present, the Judge may limit her access to the child or require supervised visitation. The outcome will depend upon the specific facts of each case. In this post, I will discuss how a mom’s use of “hard drugs,” such as cocaine or heroin, may impact custody proceedings. If you are facing this situation and are unsure how to respond, contact my office today to speak to an attorney.

As previously discussed in this series, the Clark County Family Court will always be concerned with what custody arrangement is in the child’s best interest. For obvious reasons, if a child’s mother has a drug problem, leaving the child in her care while she is under the influence of drugs may put the child in danger and will therefore impact the Court’s decision in custody matters. The Court’s approach to cases involving “hard drugs” will be very different than it is in matters involving the use or abuse of prescription substances or marijuana. Simply possessing harder substances, such as narcotics, methamphetamines, cocaine, etc. is a criminal offense. Possession of or use of these drugs around the child will be viewed as damaging to the child’s physical and emotional well-being. In many cases, evidence of hard drug use is considered an emergency which may justify an expedited change to an existing custody arrangement.

If you believe that your child is in danger as a result of their mother’s abuse of illegal substances, it is important to address the matter quickly. If the child faces a serious threat of imminent harm, contact law enforcement. As soon as possible thereafter, it is imperative to contact a custody lawyer with experience in such cases to seek an emergency change of custody with the Court. Your attorney will request an emergency hearing on an immediate basis, which is usually scheduled after the mother is given at least one day’s notice. The Judge will, depending upon the facts of the case, likely order mom to undergo a drug test to confirm whether hard drugs are in fact in her system. The test results, which will be made quickly available to the parties, will significantly impact whether an emergency modification is granted. In some cases, the change will be implemented immediately. Mom may be limited to supervised visitation and will likely be subjected to additional drug testing and status checks before a permanent decision is issued.

Unfortunately, this situation is all too common. I frequently work with Las Vegas fathers when parental drug use creates a dangerous situation for their children. If you need assistance, contact my office as soon as possible to speak with an attorney.