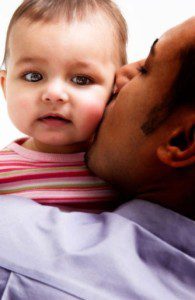 It is not unusual for people one or both parents to make different choices in regards to their personal lives when two people have a child together. Parenthood often makes a person “grow up” and give up behavior that could be considered destructive. Unfortunately, not all parents are able to let go of bad habits; when a relationship doesn’t work out, it is common for one parent to worry over the other parent’s behaviors. Men often get a bad reputation as being the irresponsible, reckless parent In today’s society. The truth is that mothers are capable of poor choices as well. In my upcoming series I will be discussing steps a father should take to protect his children if a mother is displaying destructive or concerning behaviors.

While it is common for Nevada parents to have disagreements, there are laws in place which require a certain level of judgment from anyone who cares for children. It can often be difficult to discern between when one parent is simply being judgemental over another parent’s lifestyle and when a boundary has been crossed. These topics are often delicate and may involve personal issues. Over my next several posts I will expand on a variety of these issues including:

The focus of any Court is always going to be the safety of the child in each of the above cases. Whenever a parent is not capable of exhibiting reasonable judgement or places a child in danger then the Court’s main concern will be to secure the child with a safe guardian. If a mother has primary custody, and a father has any of the above concerns, he may choose to file an emergency hearing to change custody. If the parents share custody, or a father already has primary custody, then filing a Motion for supervised visitation may be more appropriate. A Clark County Family Court Judge will view each case individually and consider all of the facts; the goal will be to maintain the child’s relationship with the mother whenever possible, while ensuring the child’s safety.

Whenever there is an issue of child safety, the situation can become messy quickly. Not only will the Family Courts become involved, but there is a possibility that Child Protective Services will also be called. Criminal charges may also be filed under certain circumstances. If a father can prevent a serious incident from occurring, many of these additional issues can be avoided. The first step is to contact a Las Vegas fathers’ rights attorney for a consultation. When it comes to your children, it is better to be safe than sorry when you have concerns. Contact our office today.