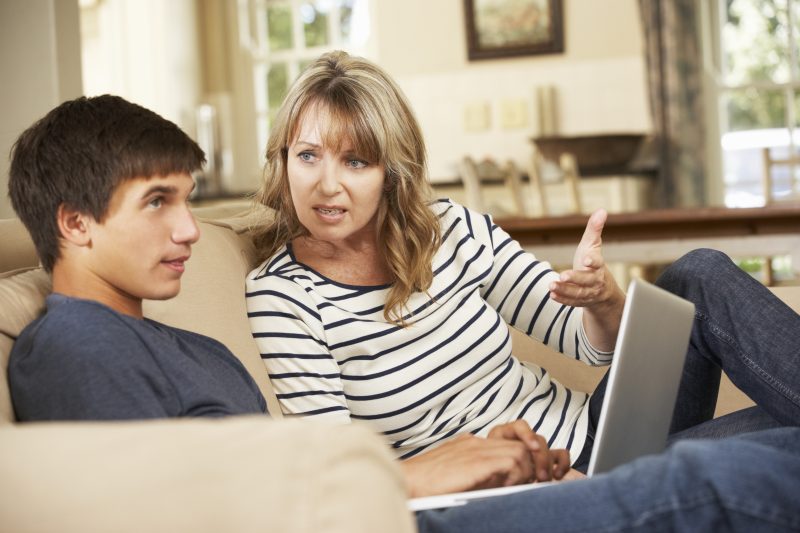 This is the next post in my series on the question of “can a Nevada child choose which parent to live with?” My last article discussed the limits of “teenage discretion” in Nevada child custody cases. It is important to understand that, while a child may be given broad latitude over how they will allocate their time, the Court will require that each parent receive the amount of time to which they are entitled under the custody order. If a child refuses to follow the Court’s mandate then the judge may very well revoke any discretion which the youth has been given. How the Court will rule in any given situation is always going to depend on the specific facts of the case. It is important that you discuss your situation with a family law attorney as soon as possible. In this article I will address a commonly raised topic – how the Clark County Family Court deals with a parent who is coaching their child to refuse visitation or otherwise engaging in “parental alienation.” If you or a family member are in need of assistance then contact my office today to speak with a Las Vegas fathers’ rights lawyer.

It is considered in the best interest of the child for a parent to foster a relationship between their counterpart and the child. This means the Court will consider a parent, who coaches the child to refuse visitation with the other parent, to be acting in a way that is against the best interests of the child. The more extreme the coaching, then the more egregious the Court will consider the violation. In extreme situations, where the child has not seen the other parent for some time, the Court may even find that the offending parent has engaged in what is commonly referred to as “parental alienation.” At a minimum, such conduct by the custodial parent may result in a teenager’s “discretion,” over which parent they spend time with, being removed. The more egregious to conduct, then the more likely the Court will be to award the non-offending parent with compensatory visitation. The Court may even be inclined to grant the non-offending parent primary custody of the child.

The first step in changing child custody, due to parental coaching or alienation, is to file a Motion with the Court. A Motion is a formal document in which the requesting party will state what they are asking from the Court and the legal arguments in support of that request. It will include evidence, in the form of exhibits, which support the request. The Motion will be served upon the opposing party, who will be given an opportunity to file a response. The Court will hold a hearing on the initial Motion and decide if a temporary change in custody, or other modification, should be made pending a trial. Once the Court has issued any necessary temporary orders, the judge will set a hearing date. Nevada Family Court judges take accusations of parental coaching and alienation very seriously. If you are in such a situation then it is important that you contact an attorney as soon as possible.

Fathers who are not receiving their court-ordered time with their teenager should file a request with the Court as soon as possible. The longer a dad waits to bring the matter to the Court’s attention, then the less likely the judge is to believe that the father has been actively requesting visitation. This is due to the fact that, if a father is truly upset over not receiving his time, then he would be unlikely to wait months or even years to bring the matter to the Court’s attention. By filing a Motion sooner, rather than later, you show the Court that you are serious about receiving your time with the child. This lends weight to the argument that you are being denied time that you are requesting.

If you are in need of assistance in a child custody matter then contact my office today to speak with a Las Vegas fathers’ rights lawyer. My office is dedicated to the handling of family law matters and we practice in no other area. I understand that this is a serious time in your life and my office will give your case the attention it deserves. We pride ourselves on providing the highest level of service. This includes promptly responding to emails and quickly returning phone calls. We will be here to answer your questions as the case moves forward. Contact us online or by telephone today to schedule an initial consultation.