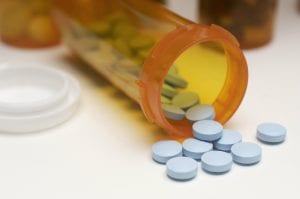 This is the next post in my series on how a mother’s drug use can impact child custody proceedings in Las Vegas, Nevada. My last article discussed how the Court views a mother’s drug use as a general matter. It is important to remember that a Judge’s concern will always be for the best interests of the child. When a mom is unable to provide adequate care, due to substance abuse issues, then those best interests are obviously impacted. An experienced attorney can provide guidance as to how the Court may proceed in your given situation. In this article I will discuss another important topic – how the Court is likely to view the use of prescription medications or marijuana. If you need assistance then contact me today to speak with a fathers’ rights lawyer.

The Court will generally view a parent’s overuse of prescribed pills or marijuana somewhat differently than the use of “harder” drugs. This is due to the fact that the former is generally not associated with other criminal activity and is not necessarily illegal. With that said, even the legal use of substances can be contradictory to the child’s best interests. When the Court may or may not be concerned about such issues is best explained by way of example.

Suppose that a mother has a prescription for anti-anxiety medications. As long as she uses them within the limits of the prescription, and it is not interfering with her parenting, then the Court is highly unlikely to become involved in the situation. Likewise, if a mother uses recreational marijuana in a way that is generally considered responsible (meaning she is not impaired in the presence of the child, does not operate a vehicle while under the influence, etc.), the court is again not likely to get involved in the situation. It is likely that a Judge would view such conduct as being similar to a parent having wine or alcohol at home when they are alone. Again, how the Court will rule will always depend on the specifics of the situation.

Nevada judges will quickly become concerned when a parent’s use of “lighter” drugs crosses the line into abuse and/or endangers the child. If a mother’s anti-anxiety use is far exceeding that which is prescribed, then the Court may be more likely to restrict her visitation at least until the situation is under control. If the situation is more extreme, such as the mother faking prescriptions to obtain narcotics, then the Court would be even more concerned. Similarly, if a mother’s marijuana use involved her regularly driving while impaired and/or being impaired while in the presence of the child, then the Court is more likely to take action.

If a mother’s drug use is truly problematic then it poses a risk to the child. Under such circumstances, a dad may file an Emergency Motion to Modify Custody. If the circumstances warrant it, then the Court may hear the matter on an expedited basis. An experienced family law attorney can assist you with the process and ensure that your affairs are properly handled.

I am a Las Vegas fathers’ rights lawyer with experience in such matters. Contact my office today to schedule an initial consultation.