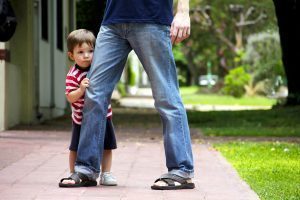 This is the next post in a series of articles discussing situations in which a Las Vegas father may seek a protective order against the mother of his child. My previous post discussed how to conduct oneself after a protective order is issued. It is essential to comply with the terms of any court order and take action to enforce such terms if they are violated. In this article, I will address how a protective order may impact child custody matters. If you need assistance obtaining a protective order, contact my office today to speak to an attorney.

There are a variety of circumstances that may lead to a father seeking a TPO against his child’s mother. If the mother is stalking, harassing, or otherwise threatening the father, the child, or both, a protective order will create a legal barrier against that type of behavior. Depending upon the type of threat the mother poses, it is important to understand that the Clark County Family Court may be willing to modify the existing child custody order so that the child’s best interests are served. For obvious reasons, the court will quickly modify a child custody order when domestic violence is involved, often on an expedited basis. The child’s safety will be of primary importance. In an ongoing custody dispute, the issuance of a TPO may result in the reduction or elimination of the mother’s parental rights. If a custody order is already in place, a father seeking a TPO can simultaneously ask the court to modify custody temporarily until a permanent hearing can be scheduled. Furthermore, it is possible to obtain a TPO and subsequently seek a modification of an existing order. Typically, the same family court judge will hear the TPO and custody matter. If you need assistance, my office can help you navigate this process.

It is important to note that protective orders should not be used as a tool to manipulate an ongoing custody dispute. Unfortunately, false allegations of domestic violence during custody proceedings are not uncommon. The Clark County Family Court will not look favorably upon fabricated or exaggerated claims of threats or violence used to obtain a TPO. Such conduct will be seen as interfering in the child’s relationship with the other parent, which is not in the child’s best interests. In fact, this may negatively impact the untruthful parent, resulting in a reduction of their parenting rights. The court will not tolerate frivolous requests made in an effort to gain an advantage during child custody cases.

When one’s child is in danger, particularly from their mother’s actions, it can be an overwhelming situation. Many fathers do not know how to react or how to legally protect their interests. My firm has experience handling protective orders and child custody matters. If you need assistance, contact my office to speak with a Las Vegas family lawyer.