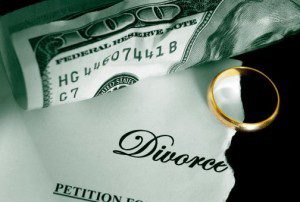 This is the next post in my series on how a parent’s gambling habits can potentially affect a Las Vegas divorce or child custody case. My last post provided an overview of topics that I will be discussing in detail over the course of my next several articles. In this post I will be explaining how the Court deciphers the difference between recreational gambling and one spouse wasting community assets.

There is no hard and fast line that distinguishes what “wasteful spending” looks like. Whether or not a spouse is wasting community assets depends on a number of factors including both spouses’ income, the number of community bills, the total amount of community debt, and the ability for each spouse to maintain their current lifestyle.

When a couple files for divorce an injunction is automatically put in place which requires that both spouses refrain from “wasteful” spending. What constitutes as wasteful is intentionally vague as it can mean different things to different people. But there are a few generalized guidelines a father can follow to ensure he is not disobeying the order. Recreational spending should not take money out of funds that are allotted for specific bills. If the Court has ordered the father to pay temporary child or spousal support, then this must be paid before the father can spend on “extras.”

There may also be red flags that might cause the Court to raise an eyebrow if certain behaviors are brought to a Judge’s attention. For example, either spouse may complain and ask for a financial review if one spouse begins to significantly change their spending habits. If either spouse purchases jewelry, a new car, or other big ticket items with community funds. The same is true for gambling habits; if either spouse noticeably ramps up their spending in casinos then the other spouse may complain. A final no-no is to withdraw money from savings accounts in order to spend money on gambling or any other recreational spending. The Court will not be kind to either spouse who taps into 401(k)’s,savings accounts, money markets, emergency fund accounts, or other shared finances, for the purpose of gambling or other entertainment.

If a spouse is found to have been wasting money, the Court can react in a number of ways. The first step a Judge is to likely take is to require the spending spouse to reimburse the other spouse for the money that is determined to have been “wrongfully” spent, on top of any other settlement. If a spouse refuses to abide by the Court’s order they could be kept in contempt, which can lead to fines and jail time.

Leisure spending at a casino, and how much one can reasonably engage in while a divorce is pending, widely depends on the details of one’s finances. If a father enjoys gambling and does not want to put his divorce in jeopardy, it is best to consult with an attorney about any spending that could be called into question. Contact our office today and schedule a consultation.