When Las Vegas Fathers May Request A Child Support Modification 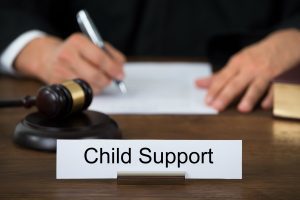 This is the next post in my series on how Las Vegas fathers may request a modification of their child support obligations. My last article discussed how child support is calculated in Nevada. It is important to understand that, while it may seem simple, our state’s support formula has many nuances which must be considered. It is important that you retain a lawyer who understands the topic so that you do not paying an excessive amount, or receive an amount that is less than that to which you are entitled. In this article I will discuss when a dad may request a change to his support. If you require assistance then contact my office today to speak with an attorney.

A parent’s child support obligations begin once an order has been entered with the Clark County Family Court. The order may be modified in one of two ways. First, a parent may automatically request a review of their support commitments every three years. Second, a parent may request a review any time the paying parent’s income has increased or decreased by at least twenty percent. So, for example, if a father was earning $50,000 then their obligation for one child would typically be $750 per month. If that same dad was forced to take a pay cut, to $40,000, then they would be permitted to request a review as their income would have dropped by twenty percent. Their new payment obligation would likely be $600 per month under this scenario.

It is important to understand that when a parent requests a support modification, due to a drop in income, that the Court will consider the reason for which the payor’s income declined. If the Court finds that the paying parent is “underemployed” (meaning that they are choosing to earn less than the amount that they are capable of) then the Court may deny the request. Using the same example from above, say a father is earning $50,000 per year. He then asks his employer to reduce his hours, which reduces his salary to $40,000. Without a strong justification for the reduction in hours, the Court would likely find that the father is underemployed. The dad would likely still be ordered to pay support as if he were earning $50,000 per year. Arguments as to whether a father is underemployed will always depend on the specific facts of a case. I will discuss the concept of “underemployment” in my next article.

If you are a father and need to modify your child support, I cannot stress enough that the matter is not as straightforward as simply telling the Court that your income went down. There are several factors that will go into the Court’s decision as to whether or not the modification should be granted. As a Las Vegas child support lawyer I am able to assist with such matters. Contact my office today to schedule an initial consultation.