The Rights Of Unmarried Nevada Fathers 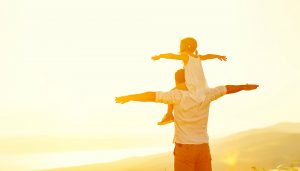 This is the next post in my series on the rights of Las Vegas, Nevada fathers who have never been married to their child’s mother. My last article provided an overview of topics which this series will be addressing. It also stressed the need to contact an attorney as soon as possible if you are involved in a custody dispute. It is important to understand that the longer you allow your current situation to continue, then the more likely the Clark County Family Court is to leave the “status quo” in place. By contacting counsel immediately, you help to ensure that your interests are protected. In this article I will discuss a very important topic – how Nevada’s child custody laws apply to unwed parents. If you require assistance then contact my office today to speak with a lawyer.

I have previously discussed how unmarried Nevada fathers can protect their parental rights. In that article I briefly discussed that our state shows no preference, on the basis of gender, to either parent. I will be expanding on that point in this article.

Our state requires that parents receive joint custody unless such an arrangement would be against the best interests of the child. NRS 125C.0025. When determining what is in a child’s best interests, a Judge is expressly prohibited from considering a parent’s gender. NRS 125C.0035(2) explicitly states that:

“Preference must not be given to either parent for the sole reason that the parent is the mother or the father of the child.”

When determining what is in the child’s best interests, the Court is required to consider the factors enunciated in NRS 125C.0035(4). These factors include, but are not limited to the nature of the relationship between each parent and the child, the ability of each parent to meet the child’s needs, the source of any conflict between the parents, whether there is a history of violence between the parties, as well as additional factors.

Parents will be awarded joint legal and physical custody unless the above-mentioned factors, when weighed together, show that such an arrangement would be against the child’s interests. If joint custody is awarded then, under Rivero v. Rivero, each parent will have the child for at least forty percent of the time. Child support will then be calculated under Wright v. Osborne and other Nevada law. The income of each parent will be considered when determining the paying parent’s obligation. Las Vegas area fathers must understand that no two cases are the same and that how the Court will rule, in any given situation, will depend on the facts of the matter.

Las Vegas, Nevada fathers must understand that many facts can impact the best interests of a child

It is important to understand that the Court will consider a wide range of facts when deciding what is in a child’s best interests. In some situations, the need for one parent to have primary custody may be obvious. These situations can include instances in which one parent is using illegal drugs as well as when a parent is abusing or neglecting the child. There are other, more mild situations, which may also require an award of primary custody to one parent. These situations include those in which the parents live far apart and joint custody would simply not be practical due to the child’s schooling. Again, it must be noted that how a Judge will rule is going to depend on the specific facts of the case.

If you or a loved one are involved in a child custody dispute then contact my office today to speak with a Las Vegas fathers’ rights lawyer. I devote my practice to domestic relations law and I take pride in the level of service my office provides. Call today to schedule a consultation with an attorney.