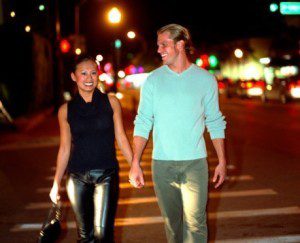 This is the next post in my series discussing what Las Vegas fathers going through a divorce need to know about dating before their divorce settlement is finalized. My last post explained the potential issues with moving in with a new girlfriend prior to the completion of one’s divorce. In this post I will explain if a dad can be penalized for spending money on dates while his divorce is still pending.

Until a divorce is finalized, Nevada will consider a father’s income to be community property

It is common for a father to go out and enjoy his new status in the months following his and the mother’s separation. If problems in the marriage included arguments over how to spend leisure time then it is not unusual for one to go out and have some fun while the divorce is still pending. However, it is important to remember that Nevada considers both spouses income “community property” until the financial settlement is complete. Likewise, if one takes out a new credit card, before the divorce is finalized, then the wife would continue to be responsible for the debt. For these reasons, it is important not to spend extravagantly until the divorce is over.

There is no hard or fast rule as to what may be considered “extravagant” spending. The Court will not step in and monitor finances unless the other side makes a request and can point to proof indicating that Court interference is necessary. With that said, many wives are quick to file a Motion with the Court if they notice that expensive jewelry, dinners, and clothing are being charged to cards that are still part of the community. If a wife believes that her husband is spending irresponsibly then she can ask the Court to freeze certain accounts or prevent both parties from spending beyond necessary expenses. The reason for this is that neither party may attempt to spend a portion of the community assets in order to prevent the other party from getting their fair share. It is up to the discretion of a Clark County Family Court Judge to determine if one spouse is spending community assets recklessly; with that said, it is generally a good idea to keep dating expenses to a reasonable amount.

Another reason why it may be wise to keep dating expenses to a reasonable amount during a divorce is that the opposing side can point to the husband’s disposable income and use it as evidence to support a higher maintenance request. If your lawyer is attempting to argue to the Court that you cannot afford to pay your ex spousal support, and there is clear evidence that you are showering your dates with gifts and high priced dinners, the opposing side can use these expenses to support their agenda. It may also support the opposing side’s argument that your ex was treated to a high maintenance lifestyle during the marriage, and has some entitlement to have that lifestyle continued.

While a husband is free to do whatever he pleases with his money, it is important for him to be educated on how his choices can have an impact on his divorce. If you are going through a divorce and have questions on how your dating life may impact your settlement it is important to speak to an attorney right away. Contact our Las Vegas fathers’ rights lawyer for a consultation.