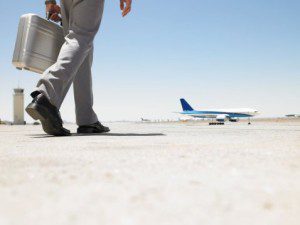 This is the next post in my series discussing common mistakes that Las Vegas fathers make during divorces which involve child custody. My last post provided an overview of topics I will be discussing over my next several articles. In this post, I will be discussing why a father who frequently travels for work may have difficulty obtaining joint physical custody of a child.

Dads who are employed in a job which requires a high level of travel often feel incredibly frustrated during divorce proceedings. It can be maddening to learn that it can actually be detrimental to a custody request if a father has worked hard and sacrificed time with his family in order to support the family. Working fathers who often travel for their job can have a difficult time if they wish to file for joint physical custody in a divorce. The reason is simple; if a father was frequently on the road during the marriage for work, and the mother stayed home to watch the children, it is assumed a father does not have the time necessary to care full time for his children now that he is single. Furthermore, the children’s mother often has a strong argument to make; she can claim that she has been the parent who has been responsible for cooking meals, taking the children to appointments, handling educational needs, and spending physical time with the children. This historical relationship would weigh heavily in the mother’s favor.

For a father to have a strong argument in defense of his belief that the best interest of his children will be served by joint custody, he should be prepared to present evidence as to why the mother should not have primary custody (even though Nevada presumes joint custody). He must also present a plan as to how his work schedule will change.

A father who often travels for work will have to prove two things to the Court if he wishes to file for joint custody. First, he will have to explain why he wishes to have joint physical custody as opposed to the traditional amount of time he has spent with the child. Seeing as how the mother of the children has presumably been caring for the children while the father has been absent, a Judge will be skeptical of any argument a father wishes to make regarding the mother’s lack of competency. The Court will be suspicious that a father may be attempting to avoid paying high alimony or child support to the mother of their children and will therefore require a good explanation for the father’s wishes.

Second, the Court will require that the father submit a plan for how his job requirements will change if he is given full custody of his children. The Court may require evidence that the man’s job requirements have changed, that he has transferred to a different company, or changed his job description. A Court will not look favorably on a father who files for joint custody, and then leaves the children to be supervised by a girlfriend, new wife, or other family relative if the biological mother was capable of holding custody of the children. Therefore, prior to filing for joint custody, it is important for a dad to be able to explain why he feels he must change his work schedule in order to look after his children, rather than allow his ex-wife to be the custodial parent.

If you are a Las Vegas father who frequently travels for work, and who is filing for divorce, contact a family law attorney right away.