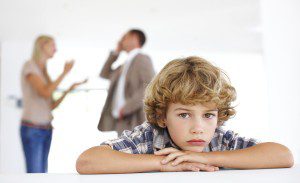 This is the first post in a new series discussing various topics that I frequently hear from Las Vegas fathers who are going through a divorce. Many men may feel frustrated during the divorce process because they may have first hand knowledge regarding behavior their ex-wife partakes in that may not be in the children’s best interest. The problem is that many men’s actions do not support the claims they are making against the mother of their children. In this post I will be introducing the topics I will be discussing throughout the series as well as giving tips on how men can improve their custody defense prior to beginning a contentious divorce.

A Judge will question why a father allowed unacceptable parenting to occur during the course of the marriage.

Once a marriage falls apart then all of the secrets that a couple had can get dragged into open court. It is not unusual for each person to make harsh accusations against the other person. When children are involved then these accusations may revolve around irresponsible parenting behaviors as each parent vies for custody. The problem is that a Las Vegas Family Court Judge Judge may question why a father allowed his children to be exposed to a dangerous or irresponsible situation. In my next posts, I will be discussing several situations that frequently come up during a couple’s divorce. Including:

It is not uncommon for a father to make allegations regarding a mother’s parenting during a divorce. However, if the mother has been the primary caretaker for a long-period then a Judge will likely question why a father did not intervene earlier on behalf of his children. The mother of your children will likely argue in Court that any allegations made against her are false. She will claim that if they were true then they would have come up prior to divorce. In these situations it is important for a father to begin to take immediate steps in order to make a best case for custody.

If you are a father who plans to go for primary custody of your children, your behavior throughout the divorce is extremely important. The most important thing you must do is to take full advantage of all opportunities you have to spend time with your children. Attend sporting events, music recitals, and parent-teacher conferences at your children’s school. Do not skip visitation time, and file for temporary custody or visitation rights while your divorce is pending. It is also important to remain cordial with your ex when it comes to parenting. Do not engage in arguments, call your ex-wife names, or threaten her in any way. If you feel your children are in legitimate danger, contact the police or child protective services. If your ex is not honoring a Court agreement then contact your attorney. But do not engage in ugly behavior that would reflect badly on you in Court. Finally, begin to document any proof you have that supports your claims. Emails, phone calls, and medical records may all be used during the custody hearing. If you have proof that giving custody to your ex-wife is against your children’s best interest then it is important to preserve such evidence.

Custody battles can become ugly when two parents both want primary custody. If you believe that your children are better off in your care, it is important to hire a family law attorney who can effectively argue your case. Contact Las Vegas fathers’ rights attorney Kari Molnar today for an initial consultation.